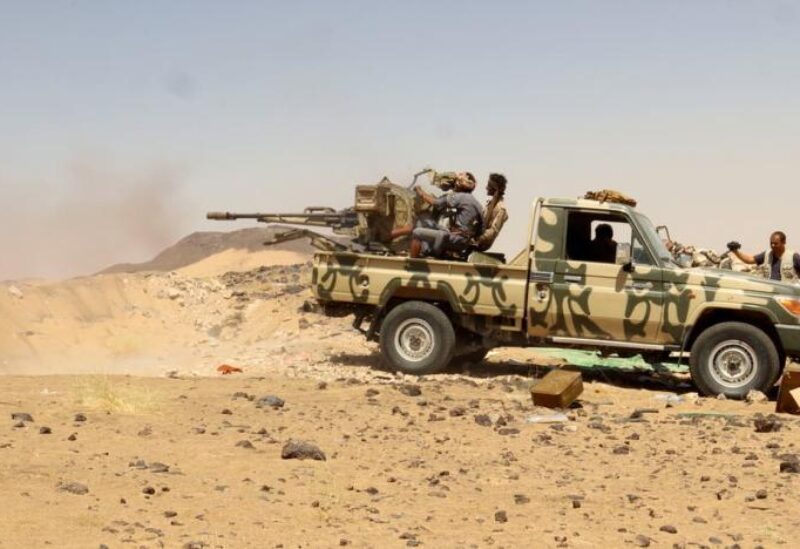 The US administration once signaled the option of “holding Houthis accountable” after the Iran-backed militias targeted Abu Dhabi in the United Arab Emirates and Saudi cities for the second time in less than a week.

In official statements by the White House, State Department, and Department of Defense, the administration stressed its support to its Saudi and Emirati partners against the attacks targeting their security and stability.

They discussed ongoing Houthi attacks against civilian targets in the UAE and Saudi Arabia, resulting in civilian casualties in both countries.

A statement from the White House said the ambassadors and Sullivan discussed “joint efforts to hold the Houthis accountable.”

Sullivan renewed “the United States’ commitment to the security of both the UAE and Saudi Arabia” where tens of thousands of US citizens live and work.

The official also welcomed their commitment to supporting UN-led efforts to end the war in Yemen through a “political process” and underscored the importance of all parties to the conflict abiding by their obligations under international humanitarian law.

Sullivan’s calls were also emphasized by White House spokeswoman Jen Psaki, who urged all parties to the conflict to de-escalate, reiterating that these “escalations only exacerbate a dire humanitarian crisis and the suffering of the Yemeni people.”

Meanwhile, State Department spokesperson Ned Price reiterated his country’s commitment to stand with its partners in the region, Saudi Arabia and the UAE, and help “strengthen the defense” of the “partners.”

The attacks on the UAE and Saudi Arabia, as well as recent airstrikes in Yemen that killed civilians, are a “troubling escalation that only exacerbates the suffering of the Yemeni people,” he added.

During his press conference at the State Department, Price called on all parties to the conflict to “commit to a ceasefire, abide by their obligations under international humanitarian law, including those related to the protection of all civilians, and participate fully in an inclusive UN-led peace process.”

Price stressed that the Yemeni people “urgently” need a diplomatic solution to the conflict, which “improves their lives and allows them to collectively determine their own future.”

The UAE Ambassador urged the Biden administration to restore the designation of Houthis as a terrorist group in response to Monday’s strikes on Abu Dhabi airport and a fuel depot.

He tweeted that “close cooperation with the United States had helped to deflect the attack.”

Otaiba added that the next step is to shut off financial and arms flow from their backers, hinting at Iran, and he renewed a call for the US administration to restore the “Iran-aligned Houthis to the US list of foreign terrorist groups.”

Meanwhile, a Pentagon spokesman told Al Arabiya television that the Houthi attacks and missiles that targeted Abu Dhabi were directed at the US Air Base, stressing that the forces engaged two inbound missile threats with multiple Patriot interceptors.

He indicated that there is no need to add more anti-missile systems in the UAE.

The Associated Press also quoted an unnamed US official saying that both US and Emirati military fired interceptor missiles during the Houthi attack targeting Abu Dhabi.

The Emirates News Agency (WAM) reported that the shrapnel of a missile fell over Abu Dhabi without causing any damage, adding that traffic was disrupted at Abu Dhabi International Airport for about an hour.

On Monday, the US Central Command (Centcom) announced in a statement that the US forces at al-Dhafra Air Base, near Abu Dhabi, “engaged two inbound missile threats with multiple Patriot interceptors coincident to efforts by the armed forces of the UAE in the early morning hours of Jan. 24, 2022.”

Centcom stressed that “combined efforts” successfully prevented both missiles from impacting the base. “There were no US casualties,” read the statement.

The latest missile attack comes after the Houthis claimed responsibility for a drone attack on an oil facility in Abu Dhabi last week, killing three people and wounding six others.