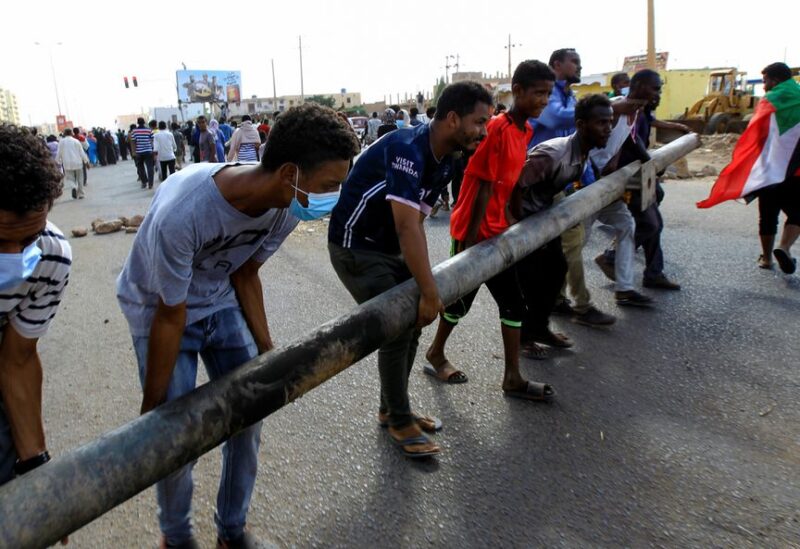 The United States and other Western powers expressed grave concern on Friday over the appointment of a new Sudanese ruling council by the general who led last month’s coup, saying it complicated efforts to restore a transition to democracy.

The United States, Britain, Norway, the European Union and Switzerland also urged the security services to respect the right to free speech “without fear of violence or detention” ahead of protests set for Saturday by critics of the army’s move.

Sudan’s Khartoum state said it would close all but three bridges across the river Nile at midnight ahead of the demonstrations on Saturday, Sudan TV reported, announcing what is a routine move to tighten security before rallies.

General Abdel Fattah al-Burhan was sworn in on Thursday as head of the new Sovereign Council, which replaces the power-sharing body he dissolved last month in a takeover that derailed Sudan’s transition to civilian rule.

The head of the powerful paramilitary Rapid Support Forces in Sudan, Mohamed Hamdan Dagalo, was sworn in as his deputy.

The army’s move undermined its commitment to uphold transitional arrangements requiring civilians on the council to be nominated by the Forces for Freedom and Change, a coalition that had been sharing power with the army since 2019, a joint statement by the United States and the other countries said.

It “complicates efforts to put Sudan’s democratic transition back on track”, they said, adding the move was “in violation” of an accord setting out the transition.

In Geneva, the top U.N. human rights official Michelle Bachelet designated Adama Dieng, a former U.N. adviser on the prevention of genocide, to monitor “the developing human rights situation” in Sudan. His term will end when civilian-led government is restored, a U.N. statement said.

Abdalla Hamdok, the prime minister ousted in the Oct. 25 coup, remains under house arrest. Hamdok has demanded the release of top civilians and a return to the transition that began after the ousting of autocrat Omar al-Bashir in 2019.

Earlier, Volker Perthes, the U.N. special representative for Sudan, said the army’s unilateral move on Thursday “makes it increasingly difficult to return to the constitutional order”.

Referring to Saturday’s planned demonstrations, Perthes also called on the security forces to exercise utmost restraint and respect the right to peaceful assembly and free expression.

Security forces shot dead three people during the last big protest against the takeover on Oct. 31. In total, 15 protesters have been killed since the coup.