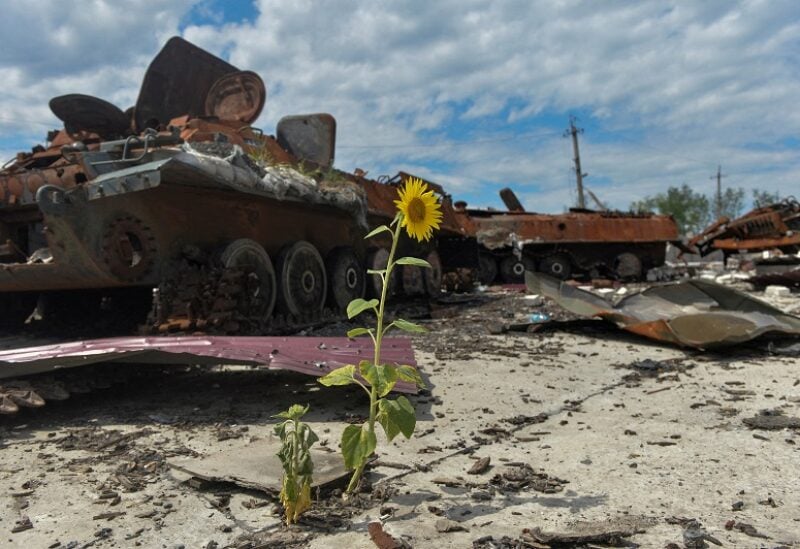 FILE PHOTO: Destroyed Russian military vehicles are seen at a compound of an agricultural farm, which was used by Russian troops as a military base during Russia's attack on Ukraine, in Kharkiv Region, Ukraine July 17, 2022. REUTERS/Sofiia Gatilova TPX IMAGES OF THE DAY/File Photo

Western nations offered more than 1.5 billion euros ($1.55 billion) in cash, equipment, and training to strengthen Ukraine’s military capabilities in its struggle against Russia on Thursday, according to Danish Defence Minister Morten Bodskov.

The funds, committed during a summit in Copenhagen by a group of 26 nations, will be used to provide current weapons, missiles, and ammunition, enhance weapon manufacture for Ukraine, train Ukrainian forces, and de-mine war-torn areas in Ukraine.

According to Bodskov, the defense ministers of Poland, Slovakia, and the Czech Republic have shown a desire to increase production of artillery systems, ammunition, and other military equipment for Ukraine.

Britain, which has already donated advanced weapons systems to Ukraine and trained thousands of its troops, pledged an additional 300 million euros on Thursday, including multiple-launch rocket systems and precision guided M31A1 missiles capable of striking targets up to 80 kilometers (50 miles) away.

The pledges came after the Ukrainian government asked the West for more armaments, particularly long-range artillery, in an attempt to turn the tide on Russia’s Feb. 24 invasion.

Ukraine said earlier this month that it has received another shipment of high-precision heavy weaponry from Germany and the US.

Moscow, which has accused the West of prolonging the crisis by arming Ukraine, claims it is waging a “special military operation” in Ukraine to protect Russia against NATO expansion.