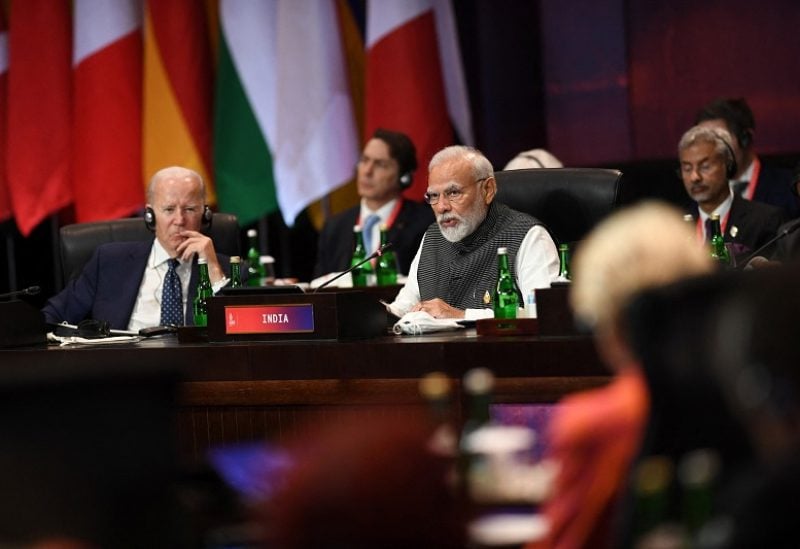 President of the United States of America Joe Biden listens to the outlook of Prime Minister of India Narendra Damodardas Modi during the G20 Summit opening session, in Nusa Dua, Bali, Indonesia, November 15, 2022. ADITYA PRADANA PUTRA/G20 Media Center/Handout via REUTERS THIS IMAGE HAS BEEN SUPPLIED BY A THIRD PARTY. MANDATORY CREDIT.

India played a key role in negotiating the G20 Summit declaration, White House’s press secretary Karine Jean-Pierre said in her recent press briefing. She also quoted Indian Prime Minister Narendra Modi’s quote, “today’s era must not be of war” while referring to the Ukraine-Russia conflict.
“India played an essential role in negotiating the summit’s declaration. Prime Minister Modi made clear today’s era must not be of war,” the White House Press Secretary told reporters Friday. “Among other priorities addressed, we have a path forward to addressing current food and energy security challenges while continuing our efforts to build a resilient global economy,” she added.
Karine Jean-Pierre further said that India and US were working towards resolving global energy and food issues among others. She stressed, “We addressed current food and energy security challenges and efforts of building a resilient global economy. PM Modi’s relationship was critical to this outcome. We look forward to supporting India’s G20 presidency next year.”
Earlier, the Financial Times had also reported that the Indian delegation “played a big role in achieving consensus among member states over the wording that criticised the Russian invasion.”
At the G20 summit, PM Modi had stressed: “I’ve repeatedly said we’ve to find a way to return to the path of ceasefire and diplomacy in Ukraine. Over the past century, World War 2 wreaked havoc in the world. After that leaders of that time made a serious effort to take the path of peace. Now it’s our turn.”
PM Modi’s message resonated well with the G20 members, who deplored in “the strongest terms the aggression by the Russian Federation against Ukraine.” India is all set to preside over the G20 presidency from December 1, which all other G20 nations have declared an important milestone in the history of the grouping.