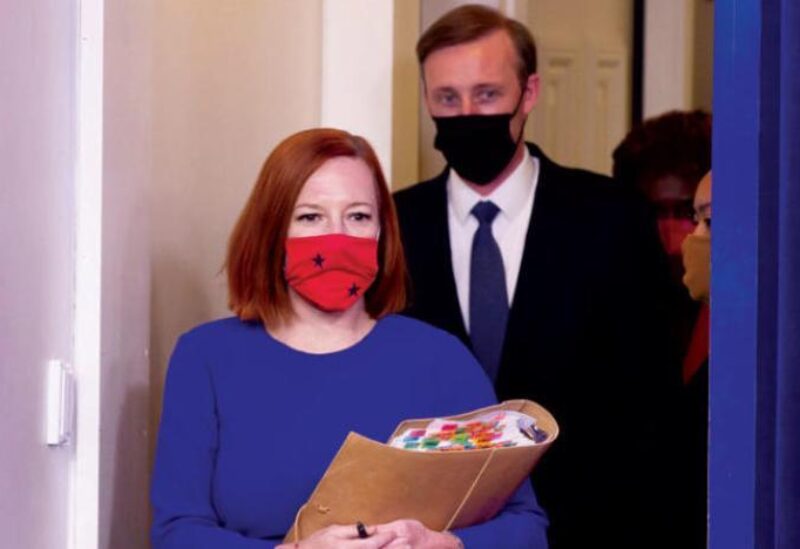 Amid escalation between Iran and Israel, the White House announced that the US is preparing other options for Iran if the Vienna nuclear talks fail.

White House spokesperson Jen Psaki said on Monday Iran’s stances during the latest round of negotiations had prompted President Joe Biden to prepare for a scenario where diplomacy fails.

“Because of the way that the Iranians approached and participated in the last round of talks, the President asked the national security team to be prepared in the event that diplomacy fails and to take a look at other options,” Psaki told a press briefing.

She added that consultation is underway with partners on this issue.

In a statement released by National Security Council Spokesperson Emily Horne, the White House announced that National Security Advisor Jake Sullivan will travel to Israel and the West Bank, joined by Deputy Assistant to the President and the Middle East and North Africa Coordinator Brett McGurk and the State Department’s Acting Assistant Secretary for Near Eastern Affairs Yael Lempert.

In Israel, Sullivan will meet with Prime Minister Naftali Bennett and senior Israeli government officials to reaffirm the US commitment to Israel’s security and consult on a range of issues of strategic importance to the US-Israel bilateral relationship, including the threat posed by Iran.

Sullivan will also co-chair the fourth Strategic Consultative Group (SCG) with his Israeli counterpart, Eyal Hulata, capping a year of extraordinary engagement between inter-agencies on a range of national security matters.

Last Friday, Sullivan warned that talks with Iran were not “going well” and that the US had informed Tehran through mediators that it was alert to Iran’s nuclear program progress.

This comes after many Israeli officials affirmed the Israeli army’s readiness for military action against Iran to stop its nuclear program, accusing Tehran of “only trying to buy time” at the Vienna talks.