Wildfire in Colorado causes over $513M in damage 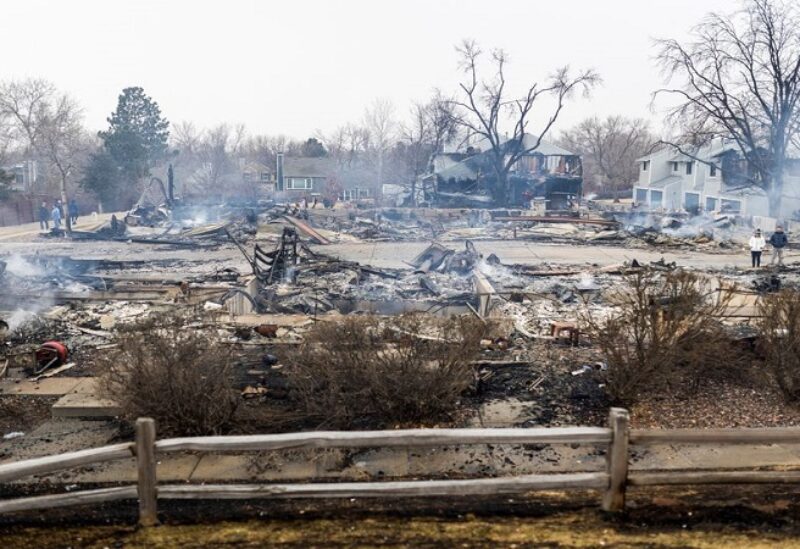 More than $513 million in damage was the result of the wildfires fueled by strong winds and downed power lines in the Western US state of Colorado, and destroyed nearly 1,100 homes and other structures, according to local media reports.

The latest assessment in the suburban area between Denver and Boulder County on Thursday estimated that the blaze had caused at least $513.2 million in residential damage, while 1,084 homes were razed to the ground, according to the Denver Post.

The greatest damage was recorded in and around the cities of Louisville and Superior.

Investigators are still trying to determine the cause of the wildfire while experts say similar incidents will become more common as suburbs grow in fire-prone areas due to climate change.

The fire, which started in Boulder County on Dec. 30, threatened urban areas in a short time due to gusts of up to 169 kilometers (105 miles) per hour.

The remains of victims in the fire were uncovered during rescue efforts, while two people are still reported missing.