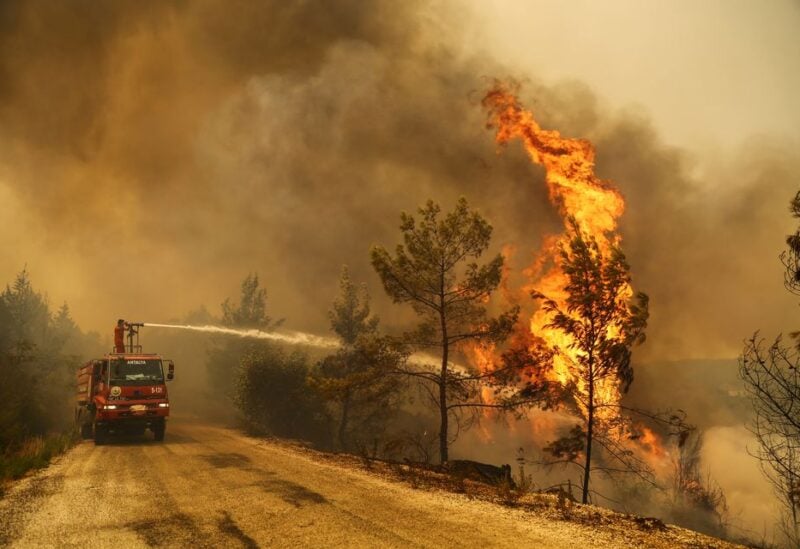 Fires erupted southern Italy on Wednesday, burning thousands of acres of land and killing a man in his home, as temperatures hit records well above 40 degrees Celsius and hot winds stoked the flames.

Multiple blazes ravaged in Calabria, the toe of Italy’s boot, where a 76-year-old man died after his house collapsed due to the flames, Ansa news agency reported.

“Yet another victim of the fires. We are losing our history, our identity is turning to ashes, our soul is burning,” the mayor of Reggio Calabria, Giuseppe Falcomata, wrote on Facebook.

Falcomata asked people to keep away from the affected areas.

Fires are also sweeping through Sicily, destroying trees and threatening property in the southern and central parts of the island, local media reported.

Firemen said on Twitter they had carried out more than 3,000 operations in Sicily and Calabria in the last 12 hours, employing seven planes to try to douse the flames from above.

“We must immediately respond to this emergency, providing economic relief to those who have lost everything,” said Agriculture Minister Stefano Patuanelli.