Wildfires Rage in Southwestern France with over 1,700 Hectares Burnt 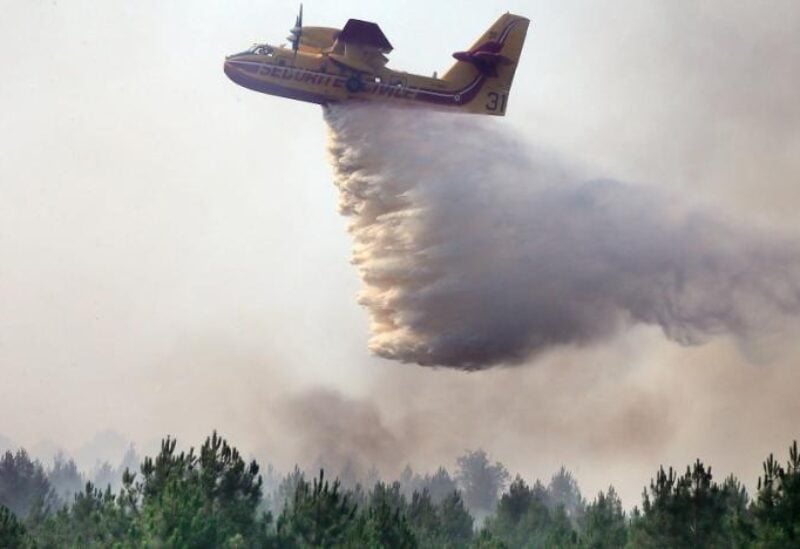 About 600 firefighters, supported by six water-bomber aircraft, were on Wednesday battling to bring under control two wildfires in southwestern France, which have already burnt more than 1,700 hectares and prompted the evacuation of thousands of tourists.

“Important human and material resources are being deployed to master the fires (…) local and national reinforcements are expected,” said the local authority for the Gironde department, where the blazes are raging.

France, already hit by a series of wildfires over the last few weeks, is suffering – like the rest of Europe – from a second heatwave in as many months.

Several wildfires swept across Portugal’s central region as well as in western Spain on Tuesday, also forcing the evacuation of hundreds of residents.

The biggest of the two Gironde fires is around the town of Landiras, south of Bordeaux, where roads have been closed and 500 residents evacuated, with the blaze having already burnt more than 1,000 hectares.

The other one is along the Atlantic Coast, close to the iconic “Dune du Pilat” – the tallest sand dune in Europe – located in the Arcachon Bay area, above which heavy clouds of dark smoke were seen rising in the sky.

That fire has already burnt 700 hectares and led to the preventive evacuation of 6,000 people from five surrounding campsites. They were brought for shelter to a local exhibition center.

“Other campers woke us up at around 0430 in the morning. We had to leave immediately and quickly choose what to take with us. I had forgotten my ID, luckily someone took it for me. But I don’t have my phone (…) and we don’t know what is going to happen,” Christelle, one of the evacuated tourists, told BFM TV.

On the eve of Bastille Day, the Gironde prefecture has forbidden all fireworks until Monday, July 18 in towns and villages in close proximity to forests.