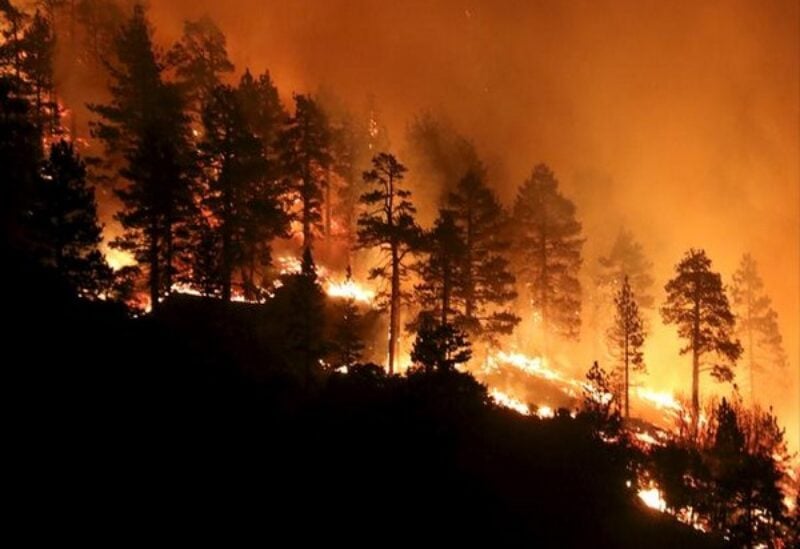 Los Angeles county firefighters battle wild land fire call the Pine Fire in Wrightwood, California July 17, 2015. A late night brush fire broke out near the Mountain High ski resort Friday in the hills of the Angeles Forest. The fire has burn over 125 acres as of 1:30am Saturday with no containment. REUTERS/Gene Blevins

Wildfires are sweeping across Bolivia’s Pantanal wetlands near the border with Paraguay, putting at risk thousands of hectares of an area known for its rich wildlife that was hit by major fires just two years ago.

The blazes have already damaged some 2,200 hectares (5,400 acres). Firefighters are trying to douse the flames, which are spreading in long lines across grassland and forest.

Alejandra Sandoval, environment secretary for the lowland Santa Cruz province, said that efforts to put out the flames were complicated by the rich plant life of the Pantanal that can easily burn.

“This site has a mattress-like vegetation, in which embers remain at the bottom. And so the fires can come back to life at any moment. So it’s necessary that we keep going until the fires are totally put out.”

Santa Cruz’s fire prevention coordinator Yovenka Rosado said that everyone available to help had been sent to the area to fight the fires.

“More than 2,000 hectares have been damaged. And it should be clear that this is a fire that is continuing. Every day we will tally up the impact,” she said.