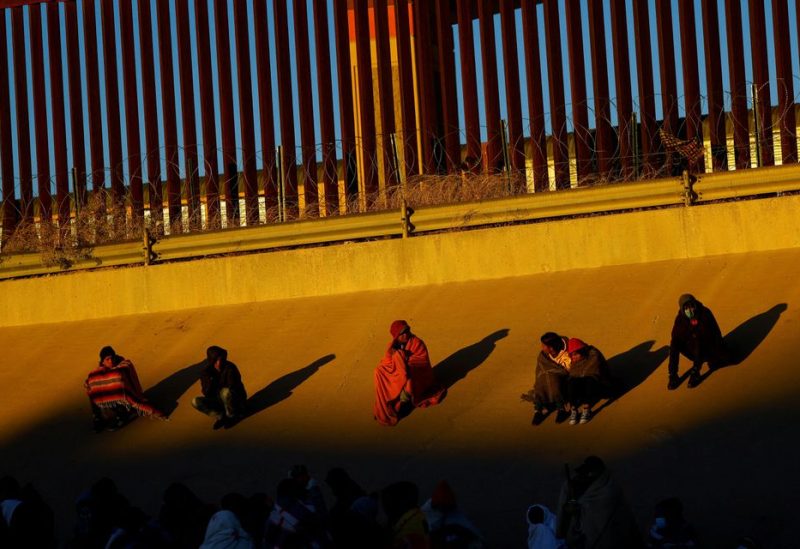 Migrants gather near the border wall after crossing the Rio Bravo river to turn themselves in to U.S. Border Patrol agents to request asylum in the U.S. city of El Paso, Texas, as seen from Ciudad Juarez, Mexico December 14, 2022. REUTERS/Jose Luis Gonzalez

This week, over 200 campaigners from across the country descended on Capitol Hill with the urgent goal of persuading legislators to grant citizenship to “Dreamer” immigrants who entered the country illegally as minors.

Addinelly Moreno Soto, a 31-year-old communications assistant who immigrated to the United States from Mexico at the age of 3, traveled to Washington, D.C., with her husband in the hopes of meeting with John Cornyn, a powerful Republican from her state, whose support might help advance a deal that has been stalled in Congress for more than ten years.

Cornyn could not meet with her and other “Dreamer” supporters from Texas, she said. One of his staffers told them that Cornyn would need to review the text of any legislation before making a decision.

The end-of-year push comes as a window is closing for Congress to find a compromise to protect “Dreamers”, many of whom speak English and have jobs, families and children in the United States but lack permanent status.

About 594,000 are enrolled in a 2012 program known as Deferred Action for Childhood Arrivals (DACA), which grants protection from deportation and work permits, but is currently subject to a legal challenge brought by Texas and other U.S. states with Republican attorneys general.

U.S. President Joe Biden, a Democrat who came to office in 2021, promised during his campaign to protect “Dreamers” and their families after Republican former President Donald Trump tried to end DACA.

Both Moreno and her husband enrolled in DACA in 2012. They now have two U.S.-citizen boys ages two and three.

“How much longer do we have to prove ourselves – that we are worthy of being here permanently?” Moreno said. “That is the frustrating part. I have children. What about them?”

Senators Kyrsten Sinema, an independent from Arizona who recently left the Democratic Party, and Republican Thom Tillis of North Carolina, are seeking to combine border restrictions with a path to citizenship for an estimated 2 million “Dreamers”, according to a framework of possible legislation reviewed by Reuters.

Backers of the effort are pushing for Congress to pass the legislation before the end of the year since Democrats – who overwhelmingly back “Dreamers” – will cede control of the U.S. House of Representatives to Republicans in January.

The Senate is split 50-50 with Vice President Kamala Harris as the tie-breaking vote. At least 10 Republicans would need to join Democrats to overcome a procedural hurdle that requires 60 votes to advance legislation in the Senate.

Lawmakers have a narrow timeframe with a little more than a week before Congress is expected to pass a $1.7 trillion spending bill that would serve as a vehicle for the immigration deal. And while the president of an influential union for U.S. Border Patrol agents is open to supporting the measure, leading Republicans have said it will not happen.

The Sinema-Tillis framework includes a provision that would “suspend entry” of certain people into the United States for at least one year until new processing centers at the border are operational but did not specific who exactly would be blocked. The provision is meant to secure the border if a COVID-era order known as Title 42 that blocks migrants crossing is ended.

Senator Robert Menendez of New Jersey, a long-time Democratic champion of “Dreamers”, said last week that restrictive asylum provisions in the framework were “alarming” – a sign that Democratic support for a bill is not guaranteed.

“There may be a way forward on them, but we’ve got to see real, hard [legislative] language,” he said.

Democrats currently hold a five-seat advantage in the House, leaving little room for defections without picking up Republican support.

Tillis himself has been skeptical about whether Congress will have time to pass the legislation before the year’s end.

“Our objective is to get the border security elements right,” he said on Monday, adding that he hoped to have those aspects finalized by mid-week.

For Raul Perez, a 33-year-old from Austin, Texas, who came to Washington, the prolonged uncertainty over his and other “Dreamers” futures was deeply frustrating.

“It’s been over a decade now since DACA came out and we’re still in the same spot,” said Perez, who is part of the immigrant-youth led advocacy group United We Dream. “We need something to pass now. We can’t keep waiting.”