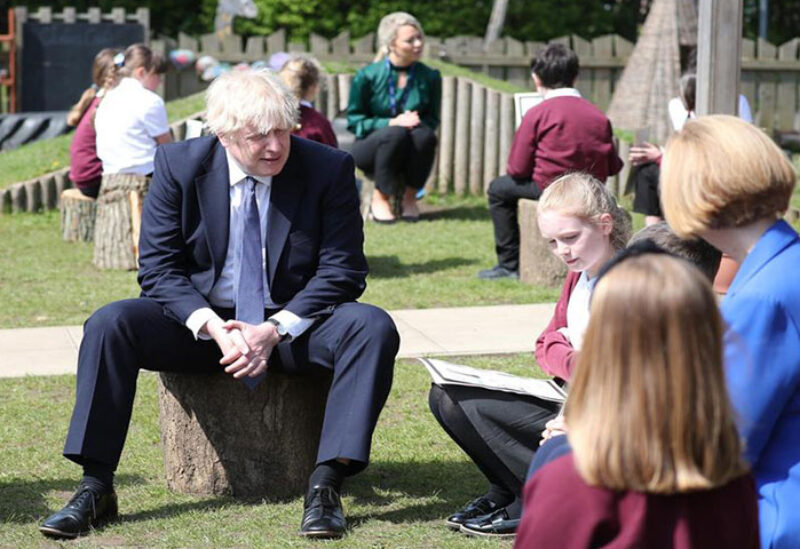 World leaders were urged to prioritize education in post-Covid recovery efforts and support a UN-backed fund that seeks $5 billion over the next five years to strengthen learning systems for children in the developing world.

Kenyatta appeared via video link from a classroom in Kenya, while Johnson and Gillard spoke from a school in the UK. Each had a number of socially distanced students inside.

“It is quite a remarkable event. It would not have been possible when I was at school,” Johnson, 56, said about the virtual discussion. “It’s just a wonderful thing.”

The Kenyan leader’s office said he and Johnson “rallied the world’s richest nations to support” the GPE project, before a summit in London in late July that hopes to attract additional support.

The conversation was part of the Connecting Classrooms program, a joint UK government-British Council scheme to help young people “understand the big issues that shape our world and equip them with the knowledge, skills and attitudes they need to make a positive contribution”.

Speaking before the video call, Johnson said: “Supporting girls to get 12 years of quality education is one of the smartest investments we can make as the world recovers from Covid-19. Otherwise, we risk creating a lost pandemic generation.

“Across the world there is a vast untapped resource – girls whose education has been cut short or denied altogether, who could be leading efforts to pull their communities out of poverty.”

The meeting came a day after the UK government announced a new £55 million ($77.3m) aid program to support educational reform around the world.