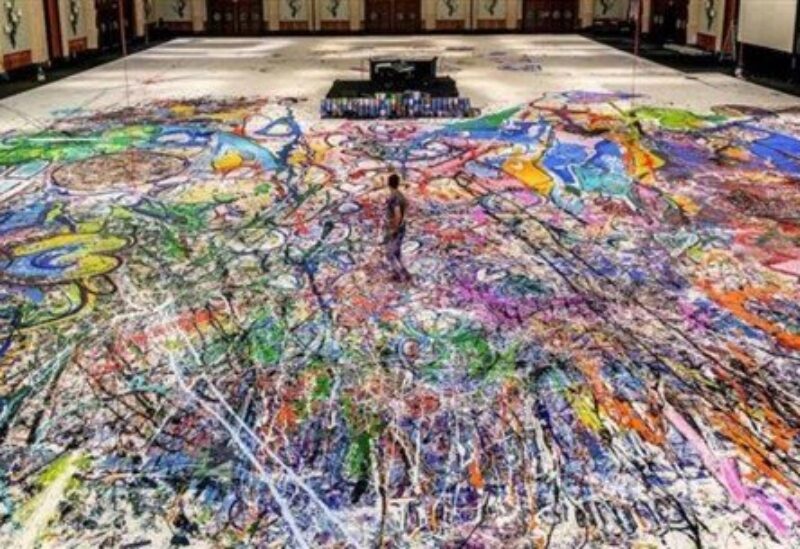 Louis Chilton wrote this article in The Independent:

The world’s largest canvas painting has been sold at a Dubai auction for £45m ($62m).

Entitled The Journey of Humanity, the piece was created by British artist Sacha Jafri last year, and is certified by the Guinness Book of World Records as the largest-ever painting.

Spanning over 17,000 square feet (17,176 to be exact), the work was created in Dubai during lockdown, and is spread over 70 framed sections.

In a statement, auction organizers said that the piece fetched almost double the target amount when it was sold to cryptocurrency entrepreneur Andre Abdoune.

Money from the sale is going to children’s charities.

The Journey of Humanity had previously been displayed in the Atlantis: the Palm hotel’s ballroom, and was intended to be sold in segments.

Speaking to AFP, Abdoune, a former stock broker, said: “I come from a poor family, and I knew at times how it feels to have nothing to eat, but at least I had the love of my parents, schooling, and support.

“The painting was very powerful when I saw it, and, for me, it would have been a mistake to separate the pieces.”

The combined surface area of the painting’s segments has been compared to the floor-span of nearly four basketball courts.

The artwork includes contributions from children in more than 140 countries.