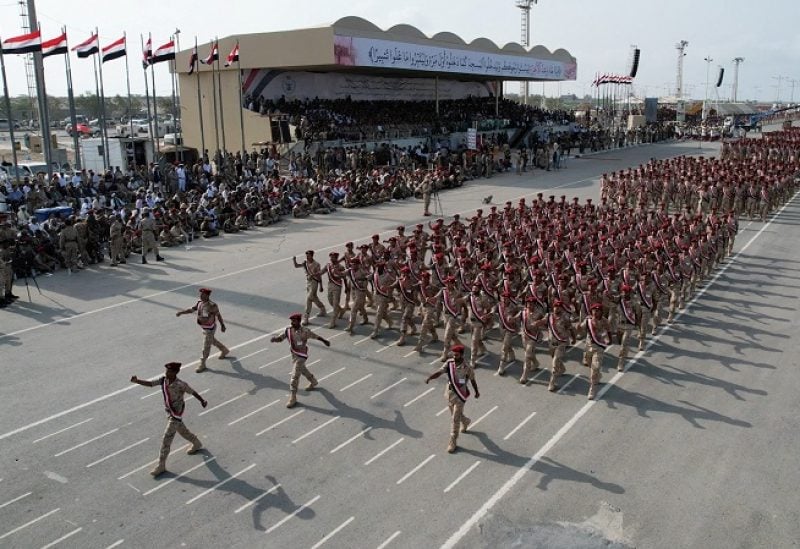 As Yemeni human rights groups blasted the Houthis for launching ballistic missiles on the city, a Yemeni military leader who had fought the Iran-backed Houthis for the past seven years was assassinated on Tuesday in the central city of Marib.

Local security officers and media reports said that unidentified men killed Brig. Gen. Mohammed Al-Jaradi, an adviser to Yemen’s defense minister, as well as his bodyguard outside the city of Marib.

Al-Jaradi was a former commander of an army brigade in Marib. He led troops in battle against the Houthis in the city. Al-Jaradi narrowly escaped death during combat beyond Marib, and survived a prior attempt on his life.

Although no one has claimed responsibility for the killing, Houthi sleeper cells in Marib are widely viewed as having been behind the attack.

Meanwhile, Yemeni rights groups, activists and government officials condemned the Houthis for carrying out a missile strike on Marib on Monday evening, killing four people and injuring five others.

Four individuals were killed instantly as a missile struck their makeshift home. Several other citizens were rushed to a Marib hospital.

Images posted on social media showed the mangled body of a child on a Marib hospital bed along with severely injured people receiving treatment nearby.

“The first missile struck close to the depot. The other missile hit the Katyusha rocket stockpile, launching them into the air,” an anonymous local official said.

Human rights organization Rights Radar criticized the strike, demanding that the Houthis refrain from targeting civilians and urging the international community to strive to cease atrocities against civilians in Yemen.

“Rights Radar calls on the international community to play a serious role to end assaults that violate civilians’ right to life and stability,” the organization tweeted, calling for immediate steps to safeguard the displaced.

The Yemeni Network for Rights and Freedoms accused the Houthis of sabotaging peace efforts and breaking international treaties that protect civilians during wartime.

It also urged foreign mediators to pressure the Houthis to cease targeting civilians. “The Houthi organization exploits international silence as justification and pretext for continuing its heinous crimes against Yemenis, endangering any efforts to achieve peace and end the conflict,” the group said.

The Houthis denied launching missiles toward Marib and accused their opponents of blowing up the facility, the militia-controlled Saba news agency reported.

Hundreds of civilians and combatants have been killed in and around the energy-rich city since early last year when the Houthis launched a military push to capture Marib, the seat of Yemen’s army and some Arab coalition military units.

The Houthi onslaught on Marib, which has mostly failed in its objective to seize the city, was halted during the UN-brokered truce, which went into force on April 2.