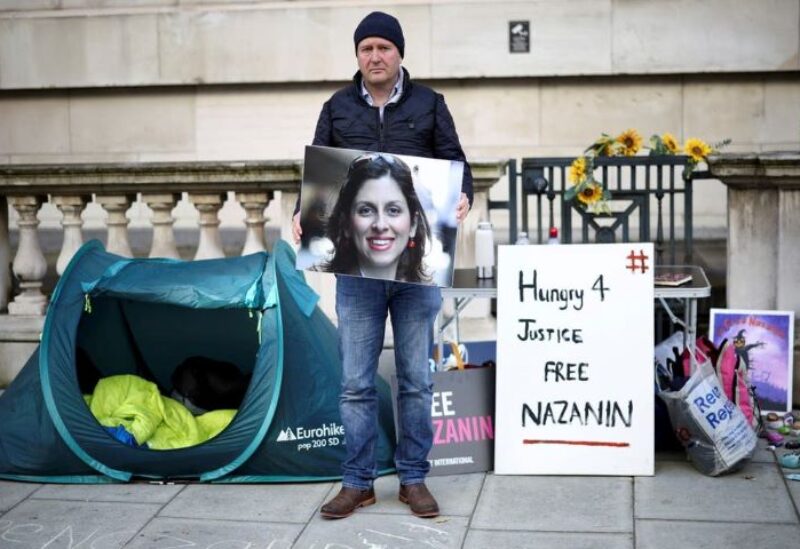 After a British Council employee was freed after three years of jail in Iran under spying charges, the husband of British-Iranian prisoner Nazanin Zaghari-Ratcliffe has said she has more hope for her eventual release.

The British Council announced that Aras Amiri successfully appealed her case at the Supreme Court on Wednesday. She has since returned to the UK.

Amiri was an artistic affairs officer in Iran, but was arrested in Tehran in 2018 while visiting family.
The British Council said it has always strongly denied the allegations that she was a spy, adding: “We are very proud of her work in our London office as an arts programme officer supporting a greater understanding and appreciation of Iranian culture in the UK.”

Richard Ratcliffe told The Independent that news of Amiri’s release has given his wife hope. “Nazanin is probably a bit angry about still being stuck there, but she is more positive than I am,” he said.

“I fundamentally am quite bleak at this point. She sees Aras’ release as good news at face value and her coming out as a good thing.”

Amiri had shared a cell with Zaghari-Ratcliffe, whose husband described how he and his wife had their spirits raised by a phone call from British Foreign Secretary Liz Truss.

“She got a phone call from Liz Truss on her birthday on Boxing Day which was nice for her. Liz said: ‘You are a priority, we are working on things’,” said Ratcliffe, who has raised the couple’s daughter since his wife was imprisoned in April 2016.

He added that despite the rise in hope, the Foreign Office is still “quite guarded” with him, which he said is an indication that the situation remains “sensitive.”
Ratcliffe went on hunger strike in London before the Christmas period to campaign for his wife’s case.

Despite the remaining concerns, he said Amiri’s release is “definitely a good sign,” adding: “For Nazanin, it is a bit bittersweet. Whenever anyone gets out, it is a reminder she is still there. Of course, there isn’t a queue in hostage cases, but whenever you see someone else get out who was arrested after you, you are wondering why it isn’t you.”