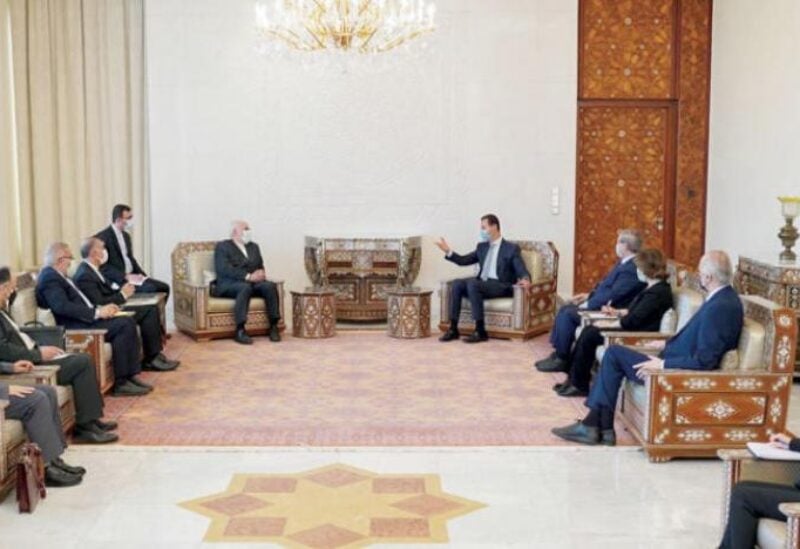 Iranian Foreign Minister Mohammad Javad Zarif said on Wednesday his country will open a consulate in Aleppo, as approved by the Syrian President to improve trade and economic ties between both countries.

This came during Zarif’s visit to Damascus where he met with Assad.

According to SANA news agency, the two figures discussed bilateral relations and the ongoing coordination and consultation at all levels. They further tackled means of bolstering joint cooperation in various fields to serve both countries’ interests.

Zarif also briefed Assad on the “developments regarding the Iranian nuclear issue, details of the current negotiations with relevant parties and the attempts by some parties to impede progress in this regard.”

The FM said he discussed with Assad and his Syrian counterpart Faisal al-Mekdad bilateral, regional and international issues.

He stressed the importance of the upcoming elections and its impact on Syria’s future, stability, and security.

“We are ready to participate in the elections as observers, and we hope that the Syrian people ensure their future, order and security by participating in these elections.”