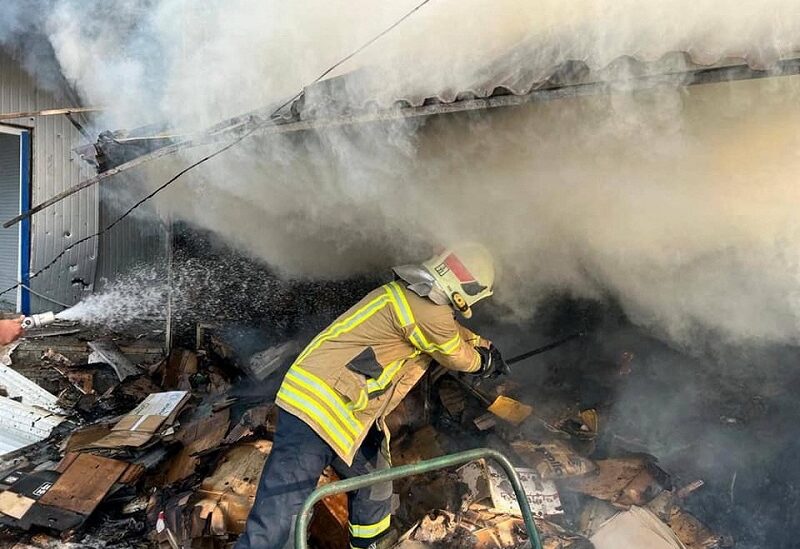 A firefighter works at a compound of a market destroyed by a Russian missile strike, as Russia's attack on Ukraine continues, in Bakhmut, Donetsk region, Ukraine July 30, 2022. Press service of the State Emergency Service of Ukraine/Handout via REUTERS ATTENTION EDITORS - THIS IMAGE HAS BEEN SUPPLIED BY A THIRD PARTY.

Ukraine requested Red Cross and the UN to help gain access to its soldiers as Russia continues to pound the eastern region. President Vladimir Putin’s forces have concentrated their attack in the eastern region in the past few months leading to large scale fighting in the region.
Donetsk governor said civilian casualties had mounted even as Zelensky ordered “obligatory evacuation”.
“At this stage of the war, terror is the main weapon of Russia,” Zelensky told his countrymen. Ukraine said Russian forces had targeted the southern and eastern region as bombardment continues in cities.

Kharkiv city mayor said three Russian S-300 missiles struck a school destroying the building as Ukraine said its forces had set a grain field on fire in Mariupol so that the Russian forces do not get access to it.

Similar attacks have also taken place in Mykolaiv city where authorities said rockets pounded residential districts killing at least one person. Reports said a bus station in Sloviansk city was damaged by a Russian missile but no casualties were reported.