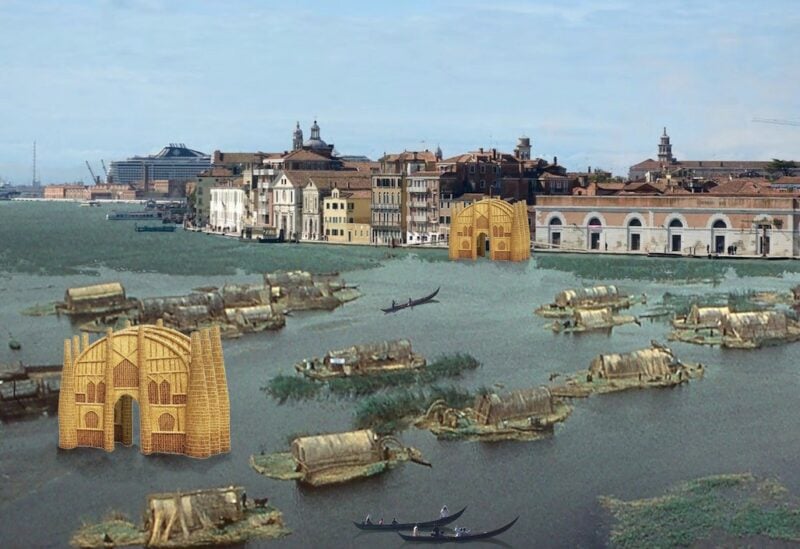 “We’re speaking about a culture that has been ignored,” says the Iraqi-German artist Rashad Salim. “There has been no work done on vernacular architecture as part of our cultural heritage. We used to have independent anthropologists and ethnologists and people interested in vernacular culture, but since the invasion and occupation of Iraq things have really gone downhill.”

Salim, who has dedicated his artistic career to the protection and revival of the ancient crafts of Iraq, is talking about something he cares passionately about: the traditional boatbuilding, architecture and craftsmanship of central, southern and western Iraq. It’s a culture that has suffered repeated tragedy and been brought to the brink of extinction by conflict, displacement, and an often bewildering collective trauma.

In his own way, Salim has sought to actively counter this neglect through the Ark Re-imagined project, which engages with artisans across the country in a bid to revive and document what remains of traditional practices. First launched in 2016, the initiative now falls under Safina Projects, a creative studio co-founded by Salim and Hannah Lewis in 2017.

“Wherever I’ve travelled in Iraq, you find locals who have the memory of their place, who have the memory of their environment,” he says. “This is the culture that built civilization. But this is the very first time in our history that Iraq has been so undermined, so corrupted, that the essential fabric — that of the connection with the environment, with the culture that engages with the land and creates the means of living — has been undermined and is on the brink of extinction. And I see that as exemplified by boats.”

Boats are at the heart of Ark Re-imagined, which challenges Western concepts of Noah’s Ark, and almost every other initiative under the Safina Projects banner. Through Ark for Iraq, the studio has sought to ‘revive, protect and study’ the traditional boats of the Tigris and Euphrates rivers, helping to transfer knowledge to a new generation. They have helped to revive the guffa (a coracle made of wickerwork), whose only remaining practitioner was an elderly woman from Hillah in central Iraq, and produced handmade rope in Ayn al-Tamr. By doing so, they have ensured a cultural continuum.

It is Ark Re-imagined, however, that is set to shine a light on Iraq’s maritime heritage at this year’s Biennale Architettura in Venice. Running from May 22 until November 21, ‘Ark Re-imagined: the Expeditionary Pavilion’ will be Iraq’s first participation in the biennale. Supported by Community Jameel and Culturunners, the project will not only celebrate the vernacular architecture and watercraft of the Tigris-Euphrates river system, but address the title of this year’s exhibition: “How will we live together?” After all, the original message of the Ark was one of unity and gathering.