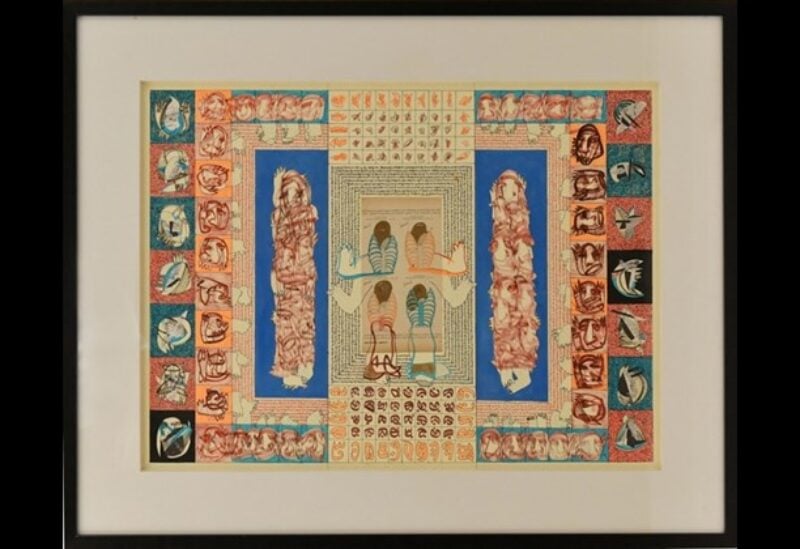 BEIRUT: With Beirut Art Fair director Laure d’Hauteville stuck in France during the pandemic, and Lebanon’s economic situation delaying the annual gathering, she has channeled her efforts into a new initiative.

This May, MENART Fair will provide a European platform for artists from the Middle East and North Africa. With the help of co-founder Paul de Rosen and artistic director Joanna Chevalier, the fair will offer up work by a small selection of prominent artists from the region.

For this first edition, 22 galleries from 13 countries will gather for four days in the Paris mansion of the Cornette de Saint Cyr auction house. Some 60 modern and contemporary artists will have their work on show, which it’s hoped will boost the interest of European buyers and create dialogue between he two regions. Entry to the ticketed fair will be free of charge.

“I wanted it to be a bit like BAF – where people have time to talk to the artists, the galleries and have discussions with people. We chose to have a smaller fair, so people have time to relax, enjoy and understand,” d’Hauteville told The Daily Star. “There are many art fairs in Europe about other regions but there isn’t really one dedicated to the Middle East. Usually people talk about politics, religions or terrible things happening, but they don’t know about the art and culture scene and people are curious.

“Some people think they only paint calligraphy and war subjects, but we can show them the new generation of artists who are doing new and interesting things, covering so many different topics,” she added. “Younger artists are using new techniques and technologies and are trying to say something that in some countries is censored, but can be hinted at through their art, and we can show it here.”

“In a way, the fair’s heart is for the Lebanese galleries,” d’Hauteville said. “More wanted to come but because of the situation they could not afford to travel and participate in the fair, which can cost a lot of money.

“There are also many galleries exhibiting Lebanese artists. We have Atelier Relief from Brussels showing Farid Issa, Esther Woerdehoff from Paris who is exhibiting Dina Diwan, who makes maps of Beirut with embroidery, and we have Galerie Bessieres who is showing Serge Najjar, plus others.

“We’re organizing groups of collectors and partnerships with Poush, which will welcome Lebanese artists for residency this year and next,” she added. “We’re also partnering with Cite Internationale des Arts, who are welcoming more Lebanese artists too.”

The fair has partnered with l’Institut des Cultures d’Islam and Institut du Monde Arabe for exchanges, allowing visitors to see these museums’ exhibitions and giving people a chance to learn more about the culture informing the art.

“It’s great to see how many people are interested to see a fair dedicated to Middle Eastern art,” she said. “It’s a fair of discoveries. We had to even refuse some galleries due to space and have eight galleries on the waiting list. Many galleries here are now eager to exhibit in the Middle East when they have the chance.”

D’Hauteville intends to run both BAF and MENART in the future, creating exchanges between the two fairs. The next edition of MENART is already scheduled for December in Brussels, as she plans to move the fair around Europe. Plans for the next edition of BAF are still unsure, but she’s eager to return when Lebanon’s crises allow.

MENART Fair will take place May 27-30 in Paris. For more info, see menart-fair.com