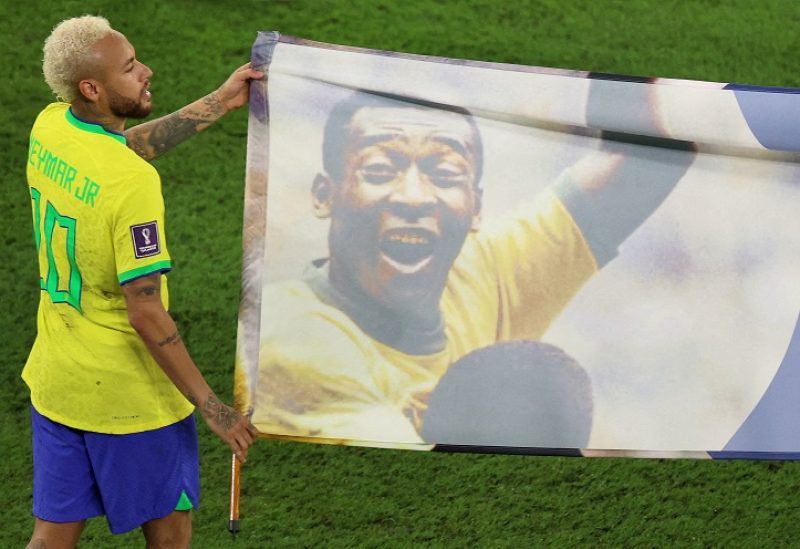 After his health worsened during a visit to regulate his cancer medication, Brazilian soccer legend Pele will spend Christmas in the hospital.

Doctors at the Albert Einstein Hospital in Sao Paulo said on Wednesday that Pele requires “elevated care” related to kidney and cardiac dysfunction.

“Our Christmas at home has been suspended,” his daughter Kely Nascimento said on Instagram on Wednesday.

“We decided with the doctors that, for various reasons, it would be better for us to stay here with all the care that this new family at Einstein gives us.

“We will even make some caipirinhas (not kidding!!),” she added. “We love you and we will give an update next week.”

The 82-year-old soccer player — widely considered to be one of the world’s greatest — has been in the hospital since late November. Pele has been undergoing chemotherapy since having a tumor in his colon removed in September 2021.
Pele led Brazil to victory in the 1958, 1962 and 1970 World Cups. He remains the national team’s all-time leading scorer with 77 goals.

At the 2022 World Cup in Qatar, the Brazilian team held a banner on the pitch honoring Pele while fans also unfurled a giant banner that read: “Pele, get well soon.”

“Today, football continues to tell its story, as always, in an enthralling way,” he said in an Instagram post. “What a gift it was to watch this spectacle of the future of our sport.”