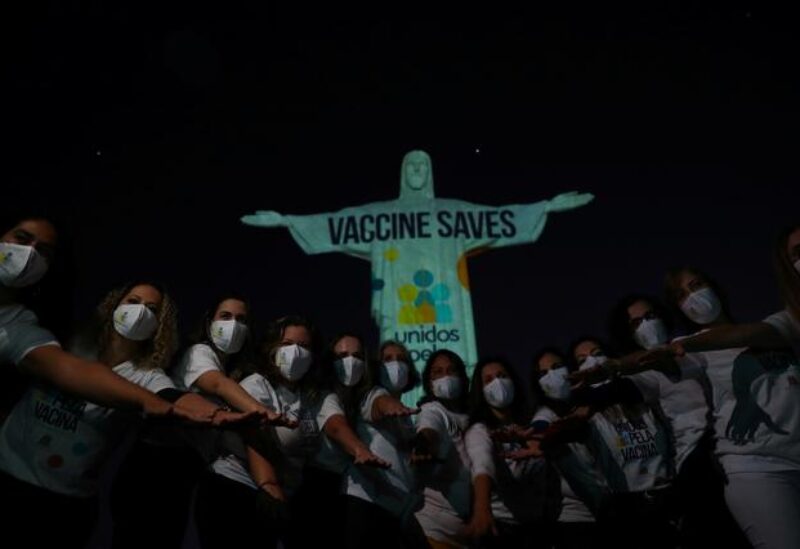 The world’s most famous statue of Jesus Christ was lit up in Rio de Janeiro to promote vaccine equality as Brazil and developing countries struggle to protect citizens and residents from the coronavirus pandemic.

The message “Vaccine saves, United for vaccines” was projected on Saturday onto the 30-meter statue by Unidos Pela Vacina (United by the Vaccine), in partnership with the Ogilvy Brazil advertising agency and the Cristo Redentor Sanctuary.

In January, two healthcare workers received the first doses of COVID-19 vaccines at the foot of the statue as the country began its inoculation campaign.

Since then, 17% of residents have received at least one jab of vaccine and 8% have been fully inoculated.

According to a Reuters analysis, Brazil ranks 30th in the world based on first shots administered and far behind the 59% in Israel and 47% in the United States.

New coronavirus infections are once again on the rise in Brazil and cases are at 82% of the peak the country hit in March, a Reuters analysis has revealed.

In May 2020, the statue was lit up to call for wearing protective masks to slow the progress of the pandemic. Brazil has reported the third-highest number of cases in the world and the second-highest number of fatalities, with over 435,000 lives lost.