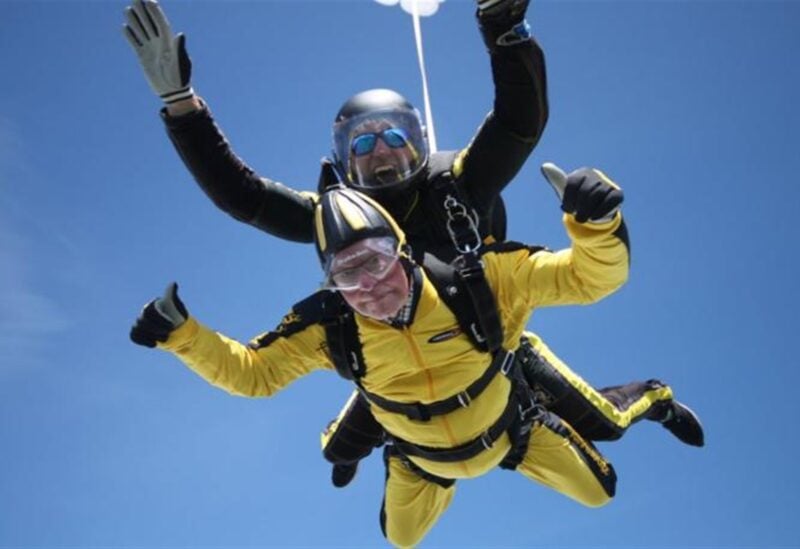 The world record for the oldest person to accomplish a tandem parachute jump was set on Sunday by a 103-year-old Swedish woman, who said she planned to celebrate “with a little cake.”

Rut Larsson told Swedish news agency TT, “It was lovely to accomplish this, I’d been thinking about it for a long time,” adding, “It all went as planned.”

With family and friends waiting on the airfield below, Larsson completed her jump harnessed to parachutist Joackim Johansson in Motala, 240 kilometers (150 miles) southwest of Stockholm.

The pair sailed down to the ground smoothly, as helpers rushed to Larsson’s side with her walker to help her get up.

Asked what she saw and felt as she came down, Larsson replied: “Nowadays I don’t see so well, but it felt good”.

She said she liked “that you slowly glide down from above, I think it feels nice.”

An official from the Guinness Book of World Records was on hand to record the jump.