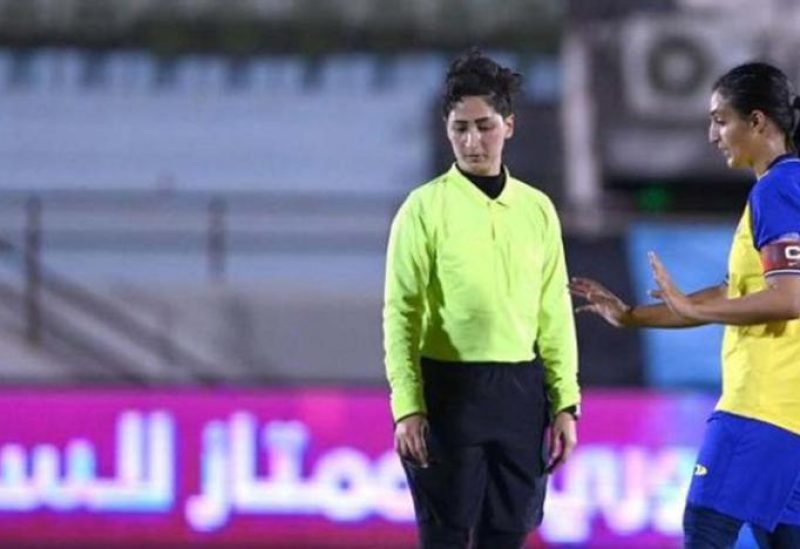 Anoud al-Asmari, Saudi Arabia’s first female international referee, has been chosen by FIFA amid a week of football victories for the Kingdom.

“I am happy to be the first Saudi female referee to receive the international badge in the history of Saudi sports,” al-Asmari, one of eight Saudis on the international panel announced by the world body, told AFP.

It comes the same week at Portuguese footballer and five-time Ballon D’or winner Cristiano Ronaldo touched down in Saudi Arabia after his historic signing with the Al Nassr Football Club.

Saudi Arabia has been making a name for itself on the international footballing stage. As the number one sport in Saudi Arabia, football has continued to gain prominence and momentum in recent years especially following the recent victory for the national team over Argentina in the FIFA World Cup Qatar 2022, with the entire squad based in Saudi Arabia.

Al-Asmari’s appointment is also the latest historic milestone for women’s football in Saudi Arabia. In December, the Kingdom submitted its bid to host the AFC Women’s Asian Cup 2026.

Saudi Arabia’s move to bid for the women-only event exemplifies the nation’s efforts to unlock untapped potential and opportunities for women and girls across Asia.

In the event of a successful bid to host the competition, Saudi Arabia will play a vital role in advancing women’s leadership in sport at home and abroad.

Yasser Almisehal, President of the Saudi Arabian Football Federation (SAFF), said at the time: “The future of women’s football in Saudi Arabia is bright and we are committed to growing the game here and throughout Asia. More and more young girls are playing football in this country and we want to inspire them further. Hosting the AFC Women’s Asian Cup 2026 would be a great occasion for our players and would be made memorable by the passion of our fans.”

In the last three years, there has been significant investment in grassroots player development, competitions, coaching and more, including the inaugural women’s football league and girls’ school league.

The women’s team was officially established in 2019 by the Saudi Arabian Football Federation, which hosts 450 registered players, 49 qualified referees and more than 900 coaches.