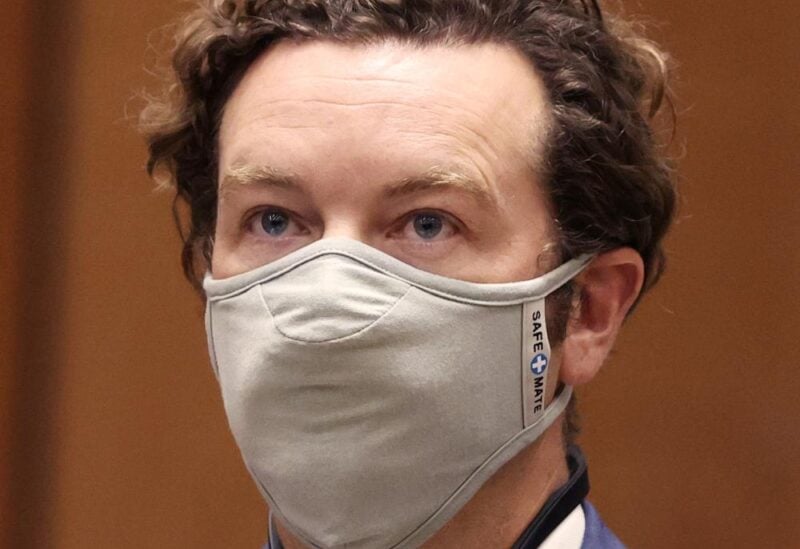 In this Friday, Sept. 18, 2020, file photo, actor Danny Masterson appears at his arraignment in Los Angeles Superior Court in Los Angeles. On Tuesday, May 18, 2021, prosecutors are set to begin presenting evidence to a judge as they attempt to show “That '70s Show” actor Masterson should stand trial for the rapes of three women. (Lucy Nicholson/Pool Photo via AP, File)

LOS ANGELES: Prosecutors on Tuesday are set to begin presenting evidence to a judge as they attempt to show “That ’70s Show” actor Danny Masterson should stand trial in the rapes of three women.

Masterson, 45, who has pleaded not guilty and has been free on bail since his June arrest, is charged in a Los Angeles County court with three counts of rape by force or fear.

He could face up to 45 years in prison if convicted.

Such hearings generally provide a limited glimpse at the broader evidence that would be presented should the case be ordered to trial.

At a hearing last year, the actor’s attorney Thomas Mesereau, who also represented Bill Cosby and Michael Jackson in their sexual misconduct cases, said Masterson “is absolutely not guilty and we’re going to prove it.”

He called the case politicized, the charges the result of unfair hype from media outlets and pressure to prosecute his client as Los Angeles County District Attorney Jackie Lacey faced an election, which she would later lose.

Masterson is accused of rapes at the height of his fame as he starred as Steven Hyde on the ensemble retro sitcom “That ’70s Show” alongside Ashton Kutcher, Mila Kunis and Topher Grace. The series ran on Fox TV from 1998 to 2006 and has had a long afterlife in reruns. He was removed from the Netflix show “The Ranch” in 2017 over the allegations that would eventually lead to the charges.

Masterson’s arrest last year came after a three-year investigation that resulted in the rare prosecution of a famous Hollywood figure in the #MeToo era. – Associated Press