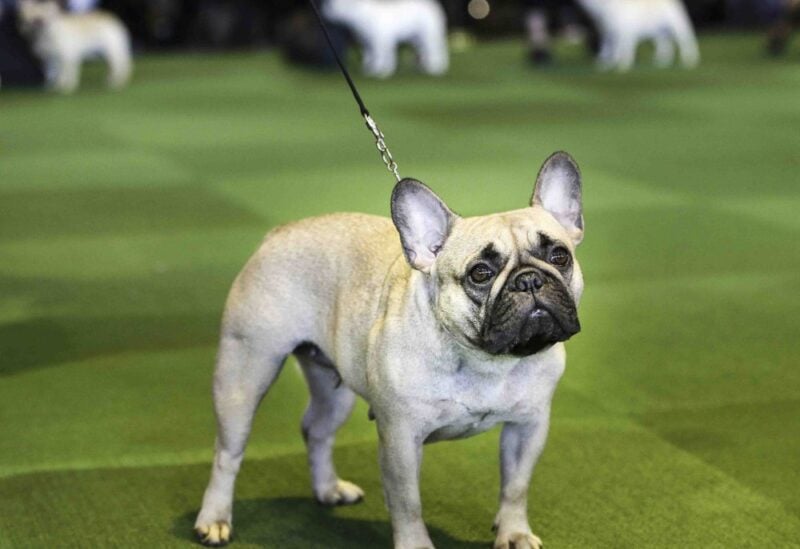 After riding a rocket ship to popularity over the last quarter-century, Frenchies came in second only to Labrador retrievers — the leaders for 30 straight years — in the American Kennel Club’s latest rankings, set to be released Wednesday. They reflect the relative numbers of purebreds, mainly puppies, that were added last year to the oldest U.S. dog registry.

Stocky and smush-faced, French bulldogs have their charms — at least in fans’ eyes — but also their limitations.

“They’re not the type of dog to go hiking with you,” AKC spokesperson Brandi Hunter says, “but if you want a dog that’s going to snuggle up with you, be cute, be adaptable, minimal grooming… that’s the kind of breed for you.”

A dig into the details:

After Labrador retrievers and French bulldogs, the top 10 breeds include German shepherds, golden retrievers, bulldogs, poodles, beagles, Rottweilers and German shorthaired pointers. Dachshunds made the top 10 for the first time since 2013.

Prized as easygoing and can-do dogs, Labs years ago broke the record for the longest number-one run, and they remain most popular by a lot. More than 98,300 Labs joined the AKC’s registry last year, compared to about 66,500 French bulldogs.

German shepherds are enjoying their own form of doggie leadership, however. President Joe Biden’s shepherds, Champ and Major, have been living in the White House, though they were recently sent back to Biden’s Delaware home for a canine cooling-off period after Major injured a Secret Service agent.

The poodle may also make a claim to the top-dog crown: A standard poodle named Siba was the most recent winner of the prestigious Westminster Kennel Club dog show, held last year.

Breeds on the move include the cane corso, a heavy-duty guard dog that broke into the top 25. It was 51st just a decade ago.