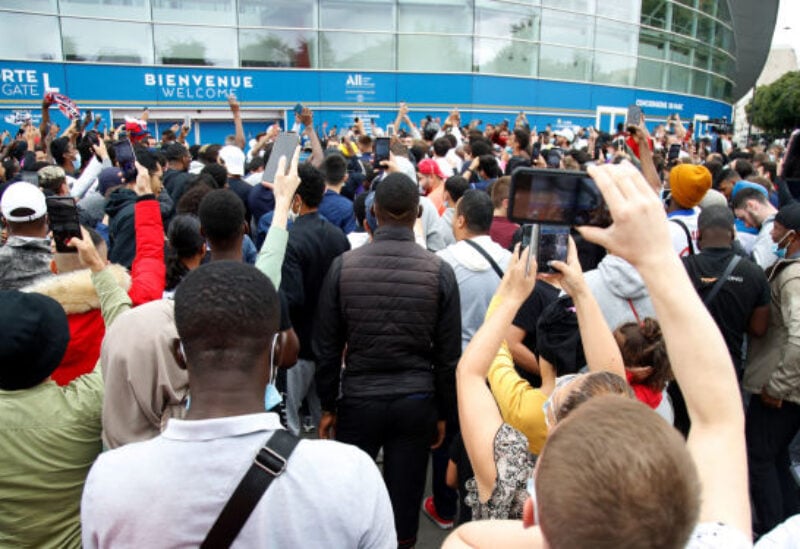 Thousands of Paris Saint-Germain (PSG) fans thronged the Paris airport to catch a glimpse of Lionel Messi as the former Barcelona captain was expected to arrive in the French capital to complete the formalities of his potential contract with the Ligue 1 club.

However, his failure to arrive in Paris ahead of his rumoured transfer from Barca to PSG left them bitterly disappointed.

As several videos of fans flocking to the airport in anticipation of Messi’s arrival surfaced on social media, reports subsequently emerged that Messi was still in Catalonia.

Later, a video of the Argentine captain relaxing at his Barcelona home also went viral on social media, confirming the 34-year-old was still in Spain and the date of his arrival in Paris could be anybody’s guess, despite rumours that PSG could unveil him on Tuesday.

The French club is the overwhelming favourite to seal a deal with the six-time Ballon d’Or winner, especially after Manchester City boss Pep Guardiola declared that the English side wasn’t keen to sign Messi, who is arguably one of the best players in the world.

PSG already boasts a formidable attack, featuring the likes of Kylian Mbappe and Neymar, and if they do secure Messi’s place in the team, they would have the most potent top-3 in the world.

Messi, though, will not be the first high profile name from the football world to join the Parc des Princes.

The likes of ex-Real Madrid star Sergio Ramos, Italian Euro 2020 winner Gianluigi Donnarumma, and Messi’s former Barca teammate, Dutch midfielder Georginio Wijnaldu have already secured their future at the club after all of them arrived in Paris on a free transfer.

It is not just the presence of Neymar, his great friend, which inspired Messi to join PSG. Club manager Mauricio Pochettino, like Messi, began his career at Newell’s Old Boys in Rosario, his hometown in Argentina.

These have been a bittersweet two months for Messi after he won his maiden international trophy with Argentina, having captured the Copa America title, beating Brazil in the final in July before agreeing to a new deal with Barcelona and taking a 50 percent pay cut.

But the Spanish club’s mounting debt and their escalating financial crisis meant they couldn’t register his contract.

On the other hand, Pochettino, who desperately wants to win the Ligue 1 crown during the upcoming season after Lille surprised them last season, would make every possible attempt to snap Messi from the market as soon as possible.

Last weekend, PSG opened their 2021-22 campaign with a close 2-1 triumph over Troyes.