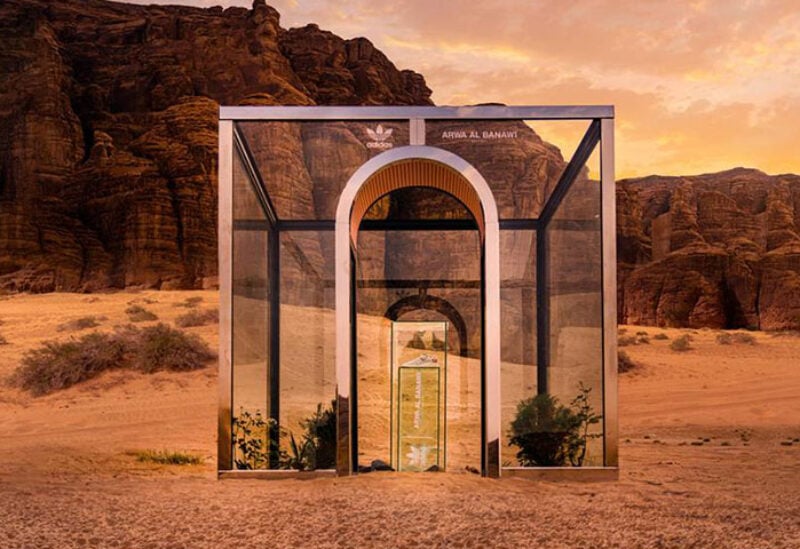 Following in the footsteps of Beyonce, Human Made and Bad Bunny, Al Banawi was invited to reinterpret a classic shoe from the adidas Originals collection.

Al Banawi selected the Forum Lo trainers to rework in a collaboration that will launch on Tuesday.

The new iteration is a seamless blend of Arab and western influences, staying true to the aesthetic Al Banawi has built her brand on.

With a canvas upper and suede overlays, the new design is inspired by capra (mountain goats) in an ode to Saudi heritage and identity, while the colours of the landscape are echoed as soft sand tones on the heel and sole.

Adidas’s signature three stripes are reworked as soft leather, run through with red stitching – a nod to a traditional embroidery – while the distinctive red and white pattern of the ghutra (men’s headdress) is wrapped around the heel.

This is not the first time the German sportswear company has approached Al Banawi for a project.

In 2017, she was invited to imagine a limited-edition capsule of sports-inspired fashion pieces, which resulted in modern hybrids such as an abaya offered in grey jersey.