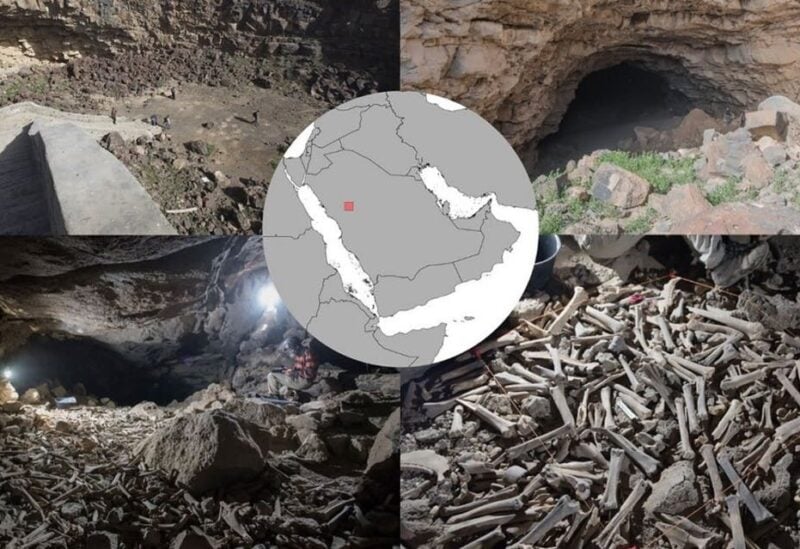 Scientists have discovered hundreds of thousands of animal and human remains in a cave in northwestern Saudi Arabia, which they believe were gathered by striped hyenas over the past 7,000 years.

The discovery was made in the Umm Jirsan lava tube, a 1.5-kilometer tunnel filled with “beautifully preserved” remains located in the Kingdom’s Harrat Kaybar lava field, the scientists wrote in a published study.

The discovery included bones of cattle, caprids, horses, camels, rodents, and even humans.

The assemblage includes a variety of animals, including cattle, caprids, horses, camels, rodents, and even humans! (3/n) pic.twitter.com/S7LF434psF

The accumulation of the bones over thousands of years shows that the lava tube makes for “excellent conditions for preservation of bone,” scientist Stewie Stewart said in a Twitter thread.

“In a region where bone preservation is very, very poor, sites like Umm Jirsan offer an exciting new resource,” he added.

The scientists were able to conclude that the remains were brought in by stiped hyenas based on their studies of the types of bones, frequencies and locations.

“These critters are avid collectors of bones, which they transport to dens to be consumed, fed to young, or cached,” Stewart said. Despite the study focusing on hyenas, the scientists concluded in their published article that “donkeys have been an important livestock in the region for thousands of years.”

“Umm Jirsan (and other similar sites in the region) is likely to hold valuable insights into the ecologies and environments of Holocene Arabia. This study is just the tip of the iceberg,” Stewart said.