Suha Araj: “For me, there is always a visceral element to how I create” 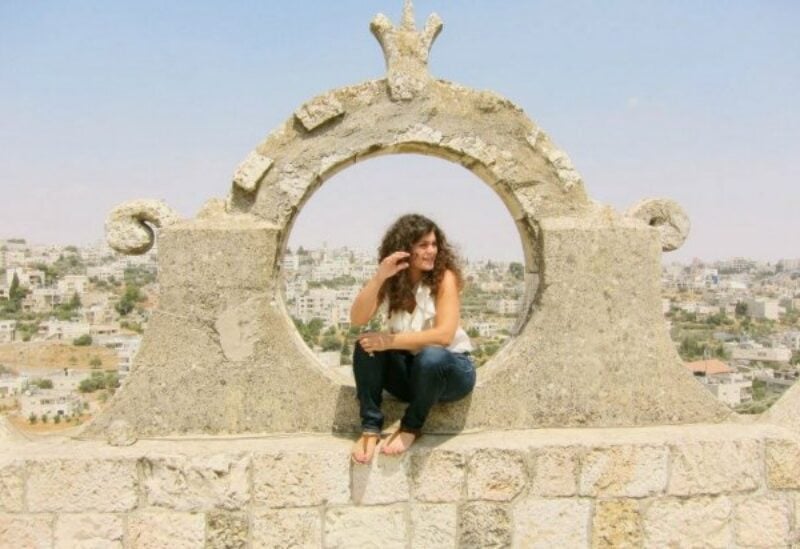 It has been said that artists always work on exploring a single idea throughout their entire life; an idea connected deeply to the core of their being; and they keep on proposing it in different forms. This is definitely the case with Palestinian American film director Suha Araj.

“For me, there is always a visceral element to how I create,” she tells me from her home in Brooklyn. “That’s why I’m always drawn to the stories of the Diaspora, because that’s where I have the most emotion. I’m interested in how people survive, and the clashes of living between two cultures.”

The way she portrays those elements is often funny, hopeful and light, in contrast to the darker and socio-political side of Arab cinema with which most viewers are familiar. The realisation of the importance of creating films that are light and delightful first came when she worked at the Arab Film Festival in San Francisco.

“I had an Egyptian boyfriend, and one day he wanted to take his mum to the movies,” she recalls. “I suggested a very indie Arab film. He said: ‘Are you crazy? My mum lives that life, when she goes to the movies she wants to escape.’ That was an eye-opener for me.”

Araj saw that, while indie political films and documentaries are extremely important, especially for liberal San Francisco viewers, many in the Arab community were looking for entertainment. “They wanted to see a lighter, different part of themselves portrayed on screen. I figured that there weren’t many Arab stories that had that sense of fun and escapism.” So she decided to make those films herself.

It is indeed direct experience, more than classic cinematic references, that was Araj’s training ground for directing movies. Growing up in Ohio in the ’80s and ’90s, becoming a film director wasn’t really seen as a career option. While her father was a film and super 8 camera enthusiast, and there were artists in the family, she took a long time to identify as one.

“For me it was about coming out with a concept and just executing it. I didn’t set out to become a director and didn’t identify as an artist for a long time. I couldn’t draw or paint, but I knew how to weave a story together.”

Her interest in storytelling was transferred initially into advertising work. It was only in her thirties, when she was asked to realise an art installation, that her interest became more tangible.

When she moved to San Francisco, she started doing theatre performances, and was fascinated by the director’s vision. “I loved the feeling of being part of something bigger like a production. When I wrote the draft for my first feature film I was in Italy. I submitted it and it got into the Sundance Lab. At that time I thought I’d just keep going with it and see where it would lead me. And doors just kept opening.”

She filmed her first full-length film — the Kickstarter-funded, multi-award-winning The Cup Reader — in Palestine. While she had already been there several times, it was the first time for her to have a project to keep her busy while in the country.

“Palestine was a great boot camp,” she says with a laugh. “Being on set always comes with every challenge you can imagine, and on top of that we had the occupation and we were in post-Ramadan time, when everyone was on holiday. So to do something in a finite amount of time felt almost like going against what the circumstances might allow.”

For the film they gathered people from different parts of Palestine, and dealt with the logistics of having them travel from one part of the occupied country to the other. However, in the beginning, her only preoccupation was to get the film made. As it was a light and comical piece, for once she wanted to keep the occupation out of sight. She soon realised that this was not possible.

“I remember not wanting the occupation to stand in the way. It wasn’t about not acknowledging it, but rather just trying to get the movie done. But one day we had to do a handful of meetings in Ramallah, but there was a Jewish holiday so the checkpoints were closed, and we ended up having to drive around the outskirts of the city before finding a minor road in. We had yellow number plates to go on the Israeli road, but our car was stuck, surrounded by several other cars.” When she started making moves to get out of the jam, everyone tried to help her out. “It was incredible to see how the community there works. Everyone is in survival mode, but everyone is also helping everyone survive. For me it was a very humbling experience.”

The theme of survival was also explored on a darker note in her latest short film, Rosa. It’s the story of an immigrant woman smuggling dead bodies back to their homelands to be buried. “The movie is about the encounter of two desperate and separate lives of immigrants, that of a Latina and an Iraqi.” It is currently being developed into a series delving deeper into the everyday lives and struggles of migrants.

Between the lighter Cup Reader and the darker Rosa, Araj experienced an illness that made her reflect on her own mortality. “Perhaps this explains this change of tone. However, Rosa is far from being personal. I’m still struggling to put a direct autobiographical element into my movies. However, with my latest project, Khsara, I’m going back to what an Egyptian friend defined as ‘my very Arab sense of humour’. Khsara is actually the first script I ever wrote; it’s a comedy, as comedy is at the heart of what I do.”