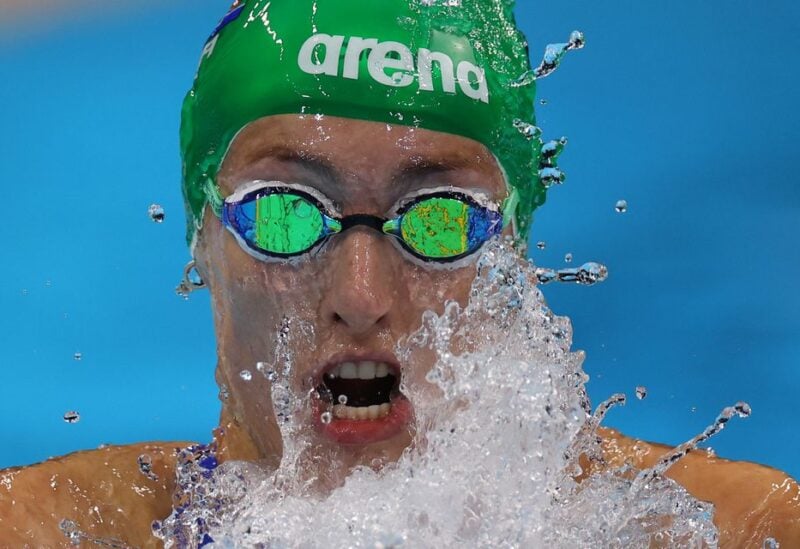 Tatjana Schoenmaker won the women’s 200m breaststroke on Friday in a world record time of 2:18.95 to deliver South Africa’s first gold medal of the Tokyo Games while Emma McKeon won the 100m freestyle for Australia’s sixth gold in the pool.

China won their first men’s swimming gold in Tokyo with Wang Shun’s victory in the 200m medley, and Russian Evgeny Rylov won the 200m backstroke for his second gold of the week.

Schoenmaker, who had claimed silver in the 100m breaststroke on Tuesday, powered home to finish 0.97 seconds ahead of American Lilly King, with Annie Lazor of the United States in third.

King led until the 150m turn when Schoenmaker went in front and then delivered a powerful final length to smash the world record and grab gold.

McKeon led at the turn in the 100m free and held off Hong Kong’s Siobhan Haughey down the final straight to win by 0.31 seconds, with team mate Cate Campbell taking bronze.

Wang overtook American Michael Andrew in the final freestroke leg to win the 200m medley with a time of 1:55 with Britain’s Duncan Scott taking silver and Switzerland’s Jeremy Desplanches the bronze.

Andrew had led at the final turn but faded to finish fifth, while Hungary’s Laszlo Cseh, in his fifth Olympics at the age of 35, had been second at the halfway stage but ended seventh.

Rylov, who had already won the 100m backstroke gold, led from the outset and never looked in danger, winning by a comfortable margin of 0.88 seconds.