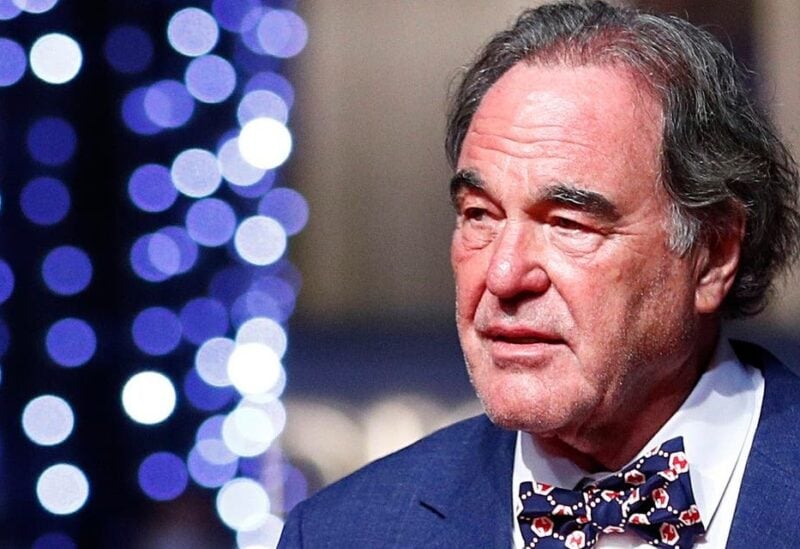 Thirty years after “JFK,” Oliver Stone has returned to the assassination of John F. Kennedy, this time in a documentary.

“JFK Revisited: Through the Looking Glass” is a kind of non-fiction addendum to one of Stone’s most sensational and controversial films. The documentary, which is to premiere Monday at the Cannes Film Festival, is likely to prompt another round of debate on both the American tragedy and Stone’s methods. But for the 74-year-old filmmaker, it was a way to answer his critics and go deeper into a history he’s forever linked with.

“I was a relative novice when that film came out. I was naïve. I didn’t know that I’d get banged like this and it was hard,” Stone said in an interview. “It became as if I was untrustworthy. In Hollywood, I became labeled a ‘conspiracy theorist’ which I think is a term from a 1952 CIA document — an attempt to discredit people. But people liked the movie. As a movie-movie, it worked.”

“JFK” was nominated for eight Oscars, including best picture, and won two. It grossed more than $200 million. But it was also surrounded by questions about its factuality. “JFK Revisited” has doubts attached to it, too. Several streaming services passed on distributing the film in part over their fact checks. In Cannes, the film has set up international releases in several countries and is seeking a US distributor.

The documentary, which has been edited down to around two hours after being twice that, makes no declarations about who killed Kennedy. It pulls in part from millions of government files that have been released in the years since “JFK.” In 2017, President Donald Trump delayed the release of more documents, citing national security.

“JFK Revisited” delves deeply into inconsistencies in Kennedy’s autopsy, the handling of key pieces of evidence and Lee Harvey Oswald’s alleged ties to the CIA. And its deepest suspicions — not unlike “JFK” — lie in the U.S. intelligence services.

“I feel the most important is why President Kennedy was killed,” said Stone.

“We answered with our evidence that he was going to withdraw from Vietnam. The détente with Cuba was in motion. The nuclear test ban treaty had been signed. He was looking for a détente with Russia. He was an anti-colonialist.”

Stone, whose films include “Platoon” and “Born on the Fourth of July,” himself fought in Vietnam.

“I went in as a hawk. I believed we were doing the right thing,” he said.

“Even when I came out of Vietnam, I was not an activist. It takes years to reeducate yourself. And I found out more and more. By the time I made (“JFK”), I didn’t know what I know now. The history of this country is screwed up. We haven’t told it.”

In films like “Wall Street,” “Nixon” and “W.,” Stone has charted — through his own provocative lens — much of the last 50 years of American history in movies that gave politically charged figures splashy big-screen portraits.

But his relationship with both Hollywood and Washington has declined in more recent years. His last fiction film was 2016’s “Snowden,” a biopic that depicted Edward Snowden as an American hero. It was painstaking to get funded and little noticed on release.

“It kind of broke my spirit,” said Stone.

His skepticism for American democracy has only increased. “A plutocracy is more accurate,” he said, citing the influence of money in elections.

“Democracy is a strange word. It’s in question.”

At the same time, Stone has been drawn to meeting and documenting some of the world’s dictators and strongmen. Stone interviewed Russia’s Vladimir Putin at length for a Showtime series that was criticized as fawning. He has done interviews with Fidel Castro, Hugo Chavez, and Stone is currently prepping a series with the former Kazakhstan leader Nursultan Nazarbayev.

“What attracted to me those figures was they are balancing America. American cannot be the sole power in the world. I think Henry Kissinger would agree with me. I think Machiavelli would agree with me,” said Stone. “Balance of power is the only way this world can be free of one control, one tyrant. That’s the real tyrant. America.”

As for Stone’s relationship to Hollywood, he said he tries not to think about too much. “I just try to keep going,” Stone said. In Cannes, he also screened a director’s cut of “JFK.” But when he considers the kinds of movies that get made today in the US, he sees little political inquiry or international perspective.

“I find that many American filmmakers would be very good but they deal with crime issues — it’s on TV all the time. They’re great at violence. Except for a few filmmakers, they never go against American foreign policy, which is wrong. That’s wrong.”