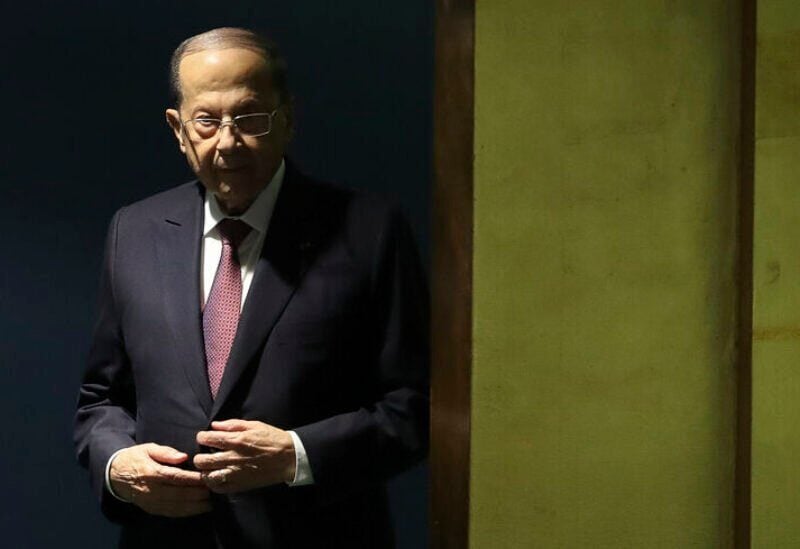 President Michel Aoun’s era was filled with unprecedented events that the Lebanese Republic has not witnessed since independence to this day, but the last pages of the “strong covenant” path, was marred with confusion, with regard to the responsibilities that have become in the hands of those who hold the country politically and judicially, lay down laws and issue judgments to anyone who violates it, and poses a threat to his project aimed at undermining the republic and derogating from its sovereignty, according to what a special source told “Sawt Beirut International”.

The source adds that the upcoming months will intensify the political scuffles, as it is considered the last opportunity for the axis of resistance led by “Hezbollah” in light of the international changes that accelerated, after the Ukrainian war, which drained the “Russian bear” who was unable to resolve the battle months after his decision to penetrate Ukrainian sovereignty, and was reflected in the world, as it would have great effects on the forces that were and are still tampering with the security and sovereignty of countries, at the forefront of which is Iran, which is leading the process of systematic destruction of countries that are the main artery for its dream, of establishing a crescent that it controls from the gate of Iraq, through Syria, and into Lebanon.

What is for sure, is that this project’s pillars, began to crumble, and perhaps the blow that will cause it to perish, is the Arab consensus on the danger of the Iranian project facing the majority of the Lebanese people through the sovereign groups, that turned around Bkerke, which announced its three “NO’s” by the master of the edifice, Maronite Patriarch Mar Bechara Boutros al-Ra’i, who followed late Cardinal Mar Nasrallah Boutros Sfeir’s course, who laid the first building block for the liberation of Lebanon from Syrian hegemony, with the famous Bkerke call in 2000. It seems that history is repeating itself and what was stated in the statement at the time, applies the description he gave to the current reality. It has become unbearable and is leading the country to loss. Foremost is Lebanon’s loss of its sovereignty over its land under a hegemony that includes all institutions, administrations, departments and facilities. That is why the administration has been disrupted, responsibility has been lost, and the judiciary has been confused.” Added to this is the comprehensive economic and institutional collapse and maliciousness in dealing with files, the last of which is what happened with Archbishop Mousa al-Hajj

History bears witness that Michel Aoun’s path was filled with wars, rebellion and devastation, and then his departure amid all this rubble, this is how one of the opposition politicians described the end of President Michel Aoun’s era. The Lebanese consensus awaited at the hour of departure is uprecedent regarding the end of any president in the past. The covenant that began with the chaos left by the son-in-law who inherited all the powers of the uncle, will end on the clatter of pottery that the Lebanese will break as an expression of their relief, from the nightmare under which they have lived for six years, leaving them in Hell and under Hell.