Aoun in Rome living in denial, and Rahi in Cairo addressing problems directly 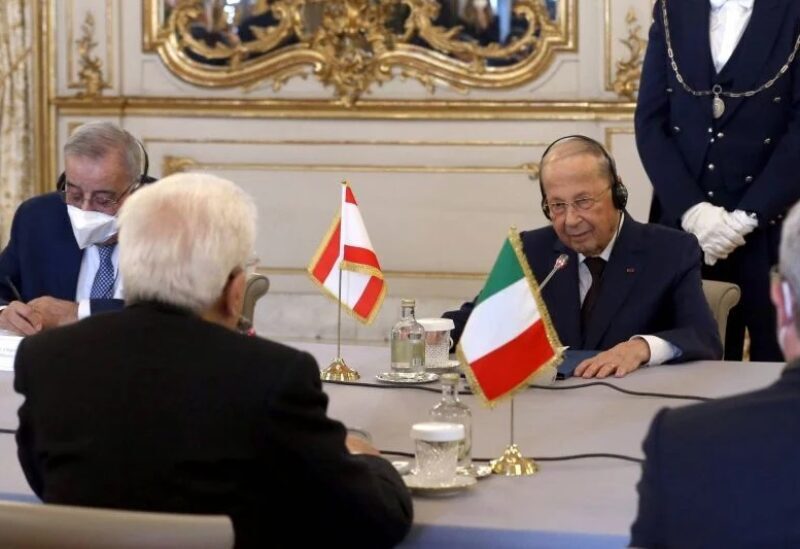 Amid the high level of crises at all internal levels, President of the Republic, General Michel Aoun, headed to Rome, where he held several meetings, including Italian officials and from the Vatican, the most prominent of which was his meeting with Pope Francis. What is remarkable during the visit, is President Aoun’s speech, which he launched from the capital of Catholicism, saying that Lebanese Christians are fine, and he was not satisfied with that, but also deliberately defended Hezbollah’s weapons. It seems that he has forgotten that the Lebanese people suffer immensely, and the Christian community, like other components of Lebanon, is living the worst conditions under the pressure of the problems, difficulties and countless crises, to the extent of living in hell.

In contrast to Aoun’s stance, a statement was issued by the Vatican City that included stances that mimic the reality of the Lebanese situation, much more than what was issued by the country’s president, “the father of all”, who is supposed to be the protector of the country and its institutions and the preserver of the dignity of his people. The Vatican City statement indicated that matters that were discussed with President Aoun, included the great economic and social problems that Lebanon suffers from, the file of the upcoming parliamentary elections and the necessary reforms to strengthen peaceful coexistence relations between the various sectarian components in the Land of the Cedars, and other important issues, including the necessity of achieving justice for the catastrophic results of the port explosion, and revealing the truth demanded by the families of the victims.

At a time when the President of the Republic considered that the Christians of Lebanon were fine, the head of the Maronite Church, Patriarch Mar Bechara Boutros Al-Rahi, in turn, visited the Arab Republic of Egypt in a historic visit during which he met with its senior officials, starting from President Abdel Fattah Al-Sisi to the Grand Sheikh of Al-Azhar, the Grand Imam Dr. Ahmed Al-Tayeb. The Patriarch took advantage of his presence in Cairo and visited the Arab League, where he met with its Secretary-General Ahmed Aboul Gheit. Like President Aoun, the Maronite Patriarch also launched a series of stances, but were nationalist and realistic stances par excellence and completely different in content from what Aoun said. The head of the Maronite Church considered that the issue of “Hezbollah” weapons, came out of the hands of the Lebanese, pointing out that had there been a defensive strategy, part of the problem would have been solved, refusing to keep Lebanon isolated from its Arab and regional surroundings as it is today, and he wanted to confirm from Egypt the dissemination and activation of the document of human brotherhood in Lebanon and the region, to dedicate ways of love and peace and coexistence, and he re-emphasized his stance regarding the call for Lebanon’s neutrality.

Well-informed political sources praised, via “Sawt Beirut International”, Rahi’s recent stances, considering it complementary to the pivotal stances taken by his predecessors throughout history. The sources point out that the Patriarch is a cardinal, meaning that he belongs to the College of Cardinals, and all his movements are informed by the Holy See. And if the issue of Lebanon’s neutrality is presented by the Patriarch, through its distance from the axes and conflicts, and the international community calls for its support, there is no doubt that the Vatican will have an influential role in this regard.

The political sources mention that the basis of Lebanon’s existence is neutrality, meaning that it was established on a basis neither with the West nor with the East, and this matter is at the core of its formula, charter and constitution, and what the Patriarch calls for is an application of this principle, that is, not to be a party to regional conflicts and to stand at an equal distance from all conflicting parties.

Hence, the sources consider that the Patriarch’s call on the issue of neutrality is more serious and honest than ever, and his stance expresses the position of the overwhelming majority of the Lebanese, especially in light of the isolation the country is experiencing, and that the consolidation of his impartiality is a structural goal for any anticipated and assumed salvation for the country. The sources recall that Lebanon is a founding member of the United Nations and the Arab League, and protecting its people and saving its identity are linked to Arab national security and regional and international peace, and this is guaranteed by international humanitarian law.

In the end, the question remains, how long will the country’s president continue to live in a state of denial without facing reality, while the country is collapsing and drowning more.