In today’s news bulletin:
– Will Kuwait ban money transfer into Lebanon?
– What is the losses extent caused by fires?
– What is the goal of the international campaign “Woman is not an inferior entity”?
What is going on between the Parliaments Speaker and the Prime Minister? And has a deal been set overnight, that aims at overthrowing judge Bitar? Available information points out that something is being prepared, and it is based in principle on the following: The Parliament intervenes directly and explicitly in the raging judicial dispute. It issues a recommendation or a legal opinion, or perhaps a law, that clarifies the ambiguity. The goal: Prevent Judge Bitar from investigating the deputies and ministers in the port crime, so the case related to them is submitted to the Supreme Council for the trial of presidents and ministers. Is such a plot feasible? So far, there are no clear and conclusive council indicators. But in the political corridors, there is a lot of talk and assurances that Bitar will be scaled in the port case and ” his actions will be restricted”, in exchange for the voluntary resignation of Information Minister Georges Qordahi, so that the Council of Ministers will reconvene. It’s a “Berri-Mikati” recipe in which poison is mixed with fat. So, will Michel Aoun and the Free Patriotic Movement swallow it, or they are fully aware ,that it will increase their intractable problems with Christian public opinion? It is obvious that President Aoun and his “Tayyar” are very embarrassed with regard to the port issue. On one hand, they do not want to anger public opinion, especially as the country is on the cusp of parliamentary elections. On the other hand, they cannot anger their steadfast ally, Hezbollah, which brought Aoun to the presidency five years ago, and now it is preparing to support his son-in-law in the upcoming parliamentary elections. In the end, which decision will win for the Free Patriotic Movement: the Lebanese decision or the Iranian decision? Will Qordahi be dismissed, in exchange for the dismissal of Bitar? or is annuling the investigation forbidden, because it will mean the annuling of the whole country? 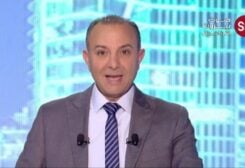 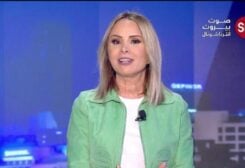