What was expected nearly two months ago happened today. The President of the Republic and the Prime Minister-designate discovered too late that they could not reconcile, as Hariri said, which made the apology the best solution.

However, didn’t Aoun and Hariri realize from the beginning that it was impossible for them to agree? Didn’t they distinguish that what October 17 revolution had made, no government could bring it together? Didn’t they understand that it was the quotas, deals, and benefits that brought them together in the main settlement, and when these benefits vanished, the state went bankrupt and there were no more areas for agreements and settlements.

In fact, both of them knew that, and yet they played the game against each other, and refused to confess the reality that turned our lives into hell for nearly 9 months. Since last October 22, the Lebanese have been asking daily questions such as: Will Hariri be able to form his government? And when? What will the government look like? And when he was delayed different questions arose, Will Hariri apologize, when, and how?

All these questions have been answered today, but at what high cost for the Lebanese? When Hariri was designated for government formation, the exchange rate for dollar hovered around 8,000 LBP, however it exceeds 20,000 LBP today.

When Hariri was designated for forming a government, there was fuel, rationed power, water, and there were good healthcare services. However, today Lebanon sinks deeper into crisis, because our officials are mere losers.

Hariri said after he abandoned his months-long effort to form a new government from Baabda Palace: “God help the country.”

In principle, Hariri is right as may God save the country from such a system which is headed by such officials, one of them is in power and the other in the opposition.

It’s all about distributing positions, nothing more than that. All our officials are equal in selfishness, and corruption. 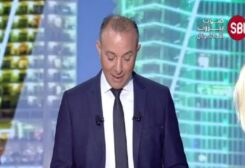 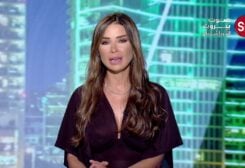