– Significant meetings of the army chief in France … a military or political objective?

The living situation is dire, and the municipality of Beirut lives on another planet

– The rationalization of subsidies excludes fuel and medicine … and the financing card is controversial.

On the surface, the government may see the light soon, but in depth nothing has changed. There is much talk and more optimism, but little action and the possibility of changing the equation is less. In the media, talk is increasing daily about President Nabih Berri’s initiative, supported by Patriarch Bechara Boutros Al-Rahi, and many political forces. But the suggested initiative is still the same as the previous one, so what has changed, for what was rejected previously is now accepted?

And is it true that some regional changes had imposed themselves lately?

The regional atmosphere does not suggest this. Iran, waiting for the presidential elections to move again, and Saudi Arabia will never change its radical stance towards Saad Hariri, and therefore,  the designated  prime minister will not be able to get soon out of the circle of hesitation, as his relations with the Gulf and specifically with Saudi Arabia have not witnessed any progress, and all the mediation efforts  he had exerted on this level have not yet been crowned with success. In light of this situation, will Hariri dare to form a mission government, he thought for a while that he was able to form?  Of course not, for a mission government first assumes that its president has good and close relations with the Gulf countries, especially Saudi Arabia, so that the government can attain the minimum achievements, especially on the economic level. As long as Hariri has no Gulf cover, he will not be more than a bankruptcy proxy, so will he bear playing this role after the series of failures, he had suffered its disastrous results on both political and popular levels?

Thus, Hariri has no choice but keeping the assignment paper in his “pocket”, which makes the whole republic a hostage of his ambiguous situation.

In parallel, the economic situation is getting worse day after day, and people are groaning under the pressure of harsh social reality. Is it the Lebanese fate to be victims of delay and procrastination? Is it also their fate to pay the price of the corrupt system twice? If the members of the system agree, they agree against the people, and if they disagree, the price will be paid from both the state and the peoples’ budget. 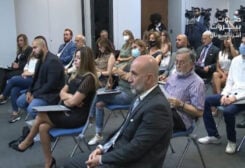 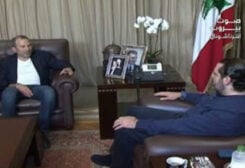