Hezbollah threatens: Either to get rid of Bitar, or to opt for May 7th!

Is a new May 7 on the horizon? The threats issued by Hezbollah and its allies suggest as much. The Iron Party, as it is fondly known, has suddenly lost its cool and launched a media-intimidating campaign against judicial investigator Tarek Bitar. Why did the party stand up out of a sudden, despite confirming more than once that it does not meddle in Lebanese issues?

However, what is happening raises suspicions of the party’s involvement or influence in the events at the port. The party is usually well aware of the local tensions and, in most situations, tries to round the corners by implying to the Lebanese that its weapons are not to be used inside Lebanon. When the Lebanese government decided in 2008 to dismiss Brigadier General Wafic Choucair, the Commander of the Rafic Hariri International Airport Security Body, and confiscate Hezbollah’s communications network, the party disclosed the truth. On that day, the party was in full anger, and it took to the streets with its allies! What is it today that is driving Hezbollah to act in the same way?

At first, we assumed he was defending his allies, including “Amal” and “Marada” movements’ ministers, as well as former Prime Minister Hassan Diab. However, the way things are going, it appears like the situation is getting worse. Is Hezbollah connected to the ammonium nitrate stored in block 12 in any way? Is Hezbollah aware of what’s going on in the port? And if he did know, why did he remain silent about the case before and after the blast? There are many questions that have yet to be answered.

Because Judge Bitar might know anything about the party’s involvement in what happened, his dismissal has become a claim, according to Hassan Nasrallah. And now we must choose between “Bitar’s dismissal” and the 7th of May.

What a democratic system! Congratulations on the latest ruling of the Supreme Leader of the Lebanese Republic! 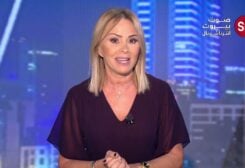