How can we trust Hassan Nasrallah?

When Hassan Nasrallah talks about the Lebanese Forces and the sovereign forces in Lebanon, why does he lose his temper? And why did he tell us about his troops in his latest speech as proof of the group’s power and dominance over Lebanon?

The answer is obvious and straightforward. Nasrallah considers himself to be Lebanon’s real ruler. All other parties are considered as inferior, and every single department should be subject to the power of the “100 thousand fighters,” from politicians to military and security forces, elements and leaders, judges and the Judiciary.

All of this urged him to lose his temper in his famous speech and began making allegations and throwing accusations. Nasrallah, however, realized that he couldn’t change the reality, so he moved to exert pressure on the military judiciary in order to exact unfair revenge on Samir Geagea.

But did Nasrallah ever question himself why he was never convicted or punished for his crimes against the Lebanese? Hashem Salman’s killers in front of the Iranian embassy in Lebanon are well-recognized, and their names are known. Why didn’t Hezbollah’s Secretary-General hand them to security and legal authorities? And, before that, why did the judiciary not conduct a joint investigation with him? Moreover, the first security official in Hezbollah, Wafic Safa, threatened the judicial investigator, Tarek Bitar, publicly, in the name of Nasrallah personally, and in the Palace of Justice in particular.

Why wasn’t he summoned for investigations? Now where is Salim Ayyash, the only living suspect in the killing of Martyr Prime Minister Rafic Hariri? Is there any reasonable doubt that Nasrallah has no idea where he is? It is better for Nasrallah to stop praising achieving justice! How can we believe his late love for applying law, while his party’s activities are usually against all customs and laws? 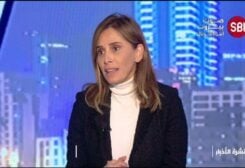