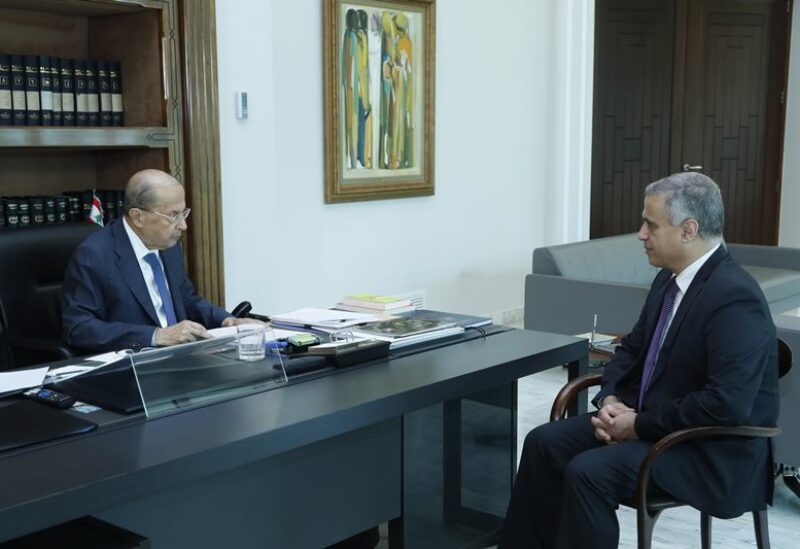 President of the Republic, General Michel Aoun, considered that the approval of the Parliamentary Committee to propose the “Educational Identity” law is “An important step in the path of reforms”. The President also pointed out that “This approval by the Parliament General Assembly will have decisive effects in stopping corruption in the educational sector and will financially support education in both private and public sectors”.

MP Traboulsi conveyed President Aoun’s positions, and briefed the President on the speech he delivered on behalf of Lebanon at the International Union of Parliamentarians for Education Conference. The Conference tackled the initiative of former British Premier, Gordon Brown, to raise 5 billion US Dollars to support the educational sectors in countries which suffered from Corona pandemic, and the response came quickly with Lebanon placed on the list of beneficiary countries.

In addition, MP Traboulsi said that he informed President Aoun that the Parliamentary Education Committee had approved the law proposal which he had submitted with MP, Assaad Dergham, on “Educational Identity”.

The President praised this reform step, and considered that if this proposal is approved and implemented in the General Assembly, it will have crucial effects in stopping corruption in the educational sector and financially supporting education in private and public sectors.

The meeting also tackled social conditions, humanitarian and medical work and assistance in the restoration works which are being carried out in Beirut and the region, in addition to current political affairs.

The deliberate delay in obtaining the fees due to the municipality of Choueifat for years in the Duty Free Market of Rafic Hariri Airport, which were withheld from the municipality despite the issued court decision, was discussed in the meeting.

“Today, we visited His Excellency, the President, to inform him about some outstanding issues, especially in what is related to the Duty Free Market at Rafic Hariri Airport. A ruling was issued concerning this file, by the State Consultative Council, and it hasn’t been implemented until today.

There are fees owed to the Municipality of Choueifat on the rental value of the auction which took place in the Duty Free Market, which amounts 111 billion Lebanese Liras. From this amount, there are municipal fees worth 9 billion Liras per year, knowing that there is an accumulation of fees for 4 years.

We have suffered damages resulting from the failure to implement the ruling a year ago as a result of the change in the US Dollar exchange rate.

However, at this stage, it was a clear and public party taking sides. This can be confirmed by looking at the books issued by the Public Works Minister and what was issued by the investing company. The Public Works Ministry played a role in delaying the implementation of this ruling, and the investor also enjoys great support, but we will go with this file to the last until the judicial ruling is issued”.