A sulfur cloud heading towards Middle East, Lebanon isn’t in the eye.. 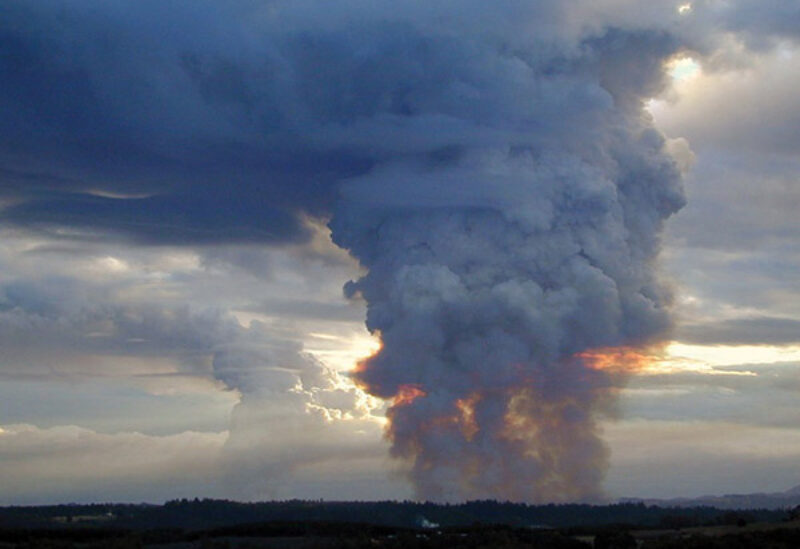 “A sulfur wave is heading to the region as a result of the eruption of Mount Etna volcano on the Italian island of Sicily, which has been going on for days.” According to Iraqi air traffic controllers.

The global environmental observatories published pictures of a huge cloud of sulfur dioxide, formed after the eruption of the volcano, and heading to the Middle East, especially Lebanon, Jordan, Iraq, and parts of Saudi Arabia.

The Director General of the Agricultural Scientific Research Authority, Dr. Michel Frem, after reviewing the department’s meteorological network, explained that the SO2 cloud emanating from the Atna volcano eruption in Italy headed to southern Italy to reach Libya

According to Frem, the winds in Lebanon and Syria are shifting south-westerly on Friday April 9 with low temperatures and rain, but the cloud has vanished.

In conclusion, he stressed that there is no danger to Lebanon and the Lebanese people from the sulfur dioxide cloud.

It's wonderful! After the 17th eruption of #Etna the SO2 emissions is flyng Eastward and sketches a suggestive swirl, as seen today over #Egypt by #Copernicus #Sentinel5p. Suggestivo scarabocchio del plume dell'Etna sopra l'Egitto! @CultureVolcan #Greece #Sicily #Italy pic.twitter.com/GQybZyJN2A

On Monday, the Environmental Awareness and Information Department at the Iraqi Ministry of Health advised Iraqi citizens to “continue wearing masks, close windows, adopt air conditioners, and tighten the covers on water tanks,” to avoid damage that may result from a “sulfur” cloud heading towards Iraq.

Nevertheless, the department said that “there is no need to be very afraid of the sulfur cloud coming from Italy towards the countries of the region and Iraq within the next 24 hours.”

The Adam Platform Observatory expected that the cloud, which formed in the form of a “spindle”, would move to Egypt, before the winds apparently hit and turned in their direction.

Etna volcano, known in Arabic as the “Mountain of Fire”, erupted for the first time this year in mid-February, and Reuters said that “the lava lit up the Sicilian sky” at the time.

Mount Etna is 3330 meters high and is the highest volcano in Europe and can be active a few times each year. And its last major eruption was in 1992.