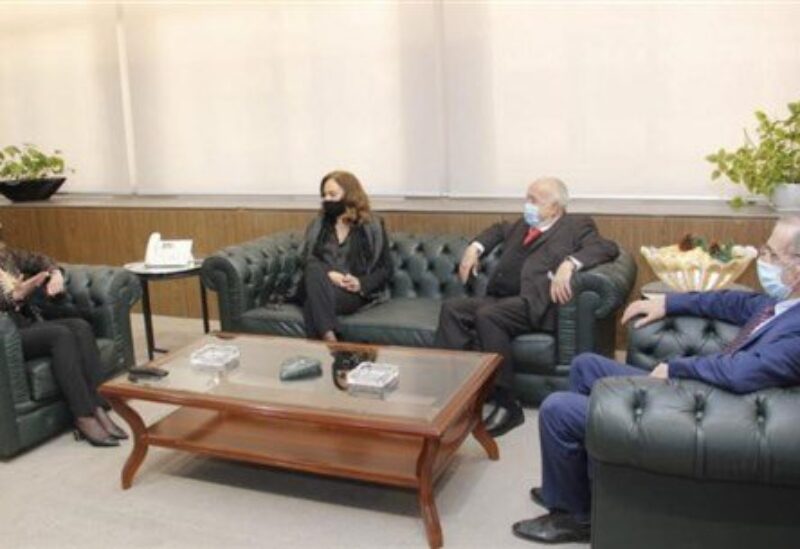 Caretaker Minister of Information, Manal Abdel Samad, received at her ministry office on Thursday a delegation of the Economic Journalists Association, chaired by Sabine Oueiss.

Talks reportedly touched on the means to bolster cooperation between the Ministry and the Association.

During the meeting, Abdel Samad extolled the role of business journalism, highlighting its importance.