Abdel Samad on Media’s role in developing professional service: absolute transparency is one of the most important methods leading to reform 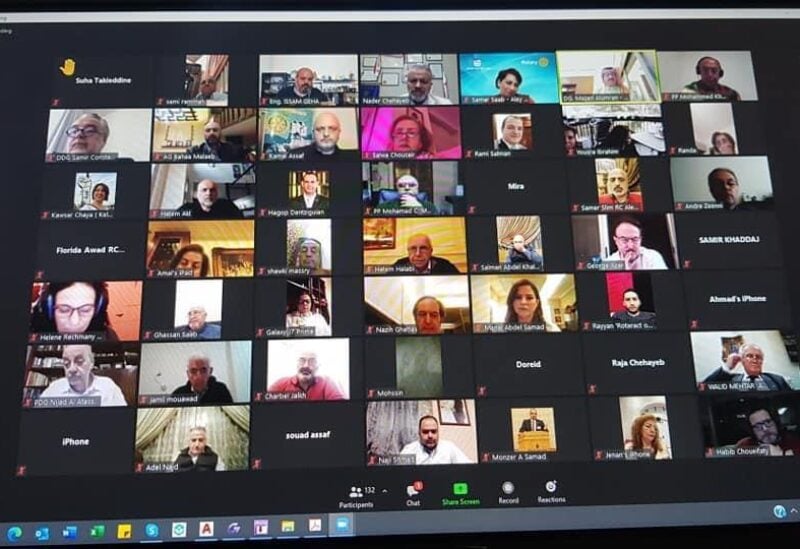 Caretaker Information Minister, Dr. Manal Abdel Samad Najd, emphasized today that “absolute transparency” is one of the most important ways towards reform, adding that a successful politician is one who works on three things, namely to always tell the truth, maintain a clean hand, and work on achieving reforms.

Pointing to the dire conditions prevailing in the country, the Minister said: “Unfortunately, our people are living in a state of economic instability due to the combination of negative factors that have dramatically affected the standard of living of the Lebanese, and have forcibly placed everyone in one convoy with its brakes apparently disabled.”

Abdel Samad referred to the “incurable disease of sectarianism” that still plagues the nation, underlining that the “solution remains with a civil state that establishes a system of government based on the foundations of citizenship, justice and equality, a state that equates between women and men and members of sects, and a modern electoral law.”

“Sectarianism in the country is due to fear, and fear is a sign of weakness, and the cure is to achieve justice, equality, protect the rights of citizens, and establish the state of right and law,” the Caretaker Minister went on, stressing that the keys to reform are clear. “The longer the wait to achieve reform, the higher the cost…So, today we are paying a heavy price,” she said.

Referring to her personal experience, Abdel Samad said: “I entered the world of politics through the doorways of administration, money and numbers, and I tried to work from this scientific and objective perspective, and when we speak numbers and accounts, there is no room for narrow interests. My stances, whether in the Council of Ministers or those announced, and my work in the Ministry of Information with all the projects that we have achieved during a record period, is part of a long path that I have started within the Ministry of Finance, based on professionalism, transparency, justice, objectivity, and most importantly, the rule of law.”

Abdel Samad pointed to the numerous meetings held with civil society and non-governmental organizations, and the various dialogues and “Town hall” meetings, on the government’s financial rescue plan, the media law, the Bisri Dam, or to discuss the law on the right to access information, and many more, while ensuring a two-way communication.

“In my opinion, absolute transparency, the right to access all information, and adopting an ‘open government’ are part of the most important methods leading to reform and professional service,” she corroborated.

“Finally, we want the Lebanese in the next government to have their nation as their sect, and humanity as their doctrine,” Abdel Samad underscored, highlighting the need to “judge each other solely by our actions and work on rebuilding our state on sound and solid foundations, in order to be able to advance our country together.”