Abiad concluding Akar tour: we detected a frightening decline in the level of basic services 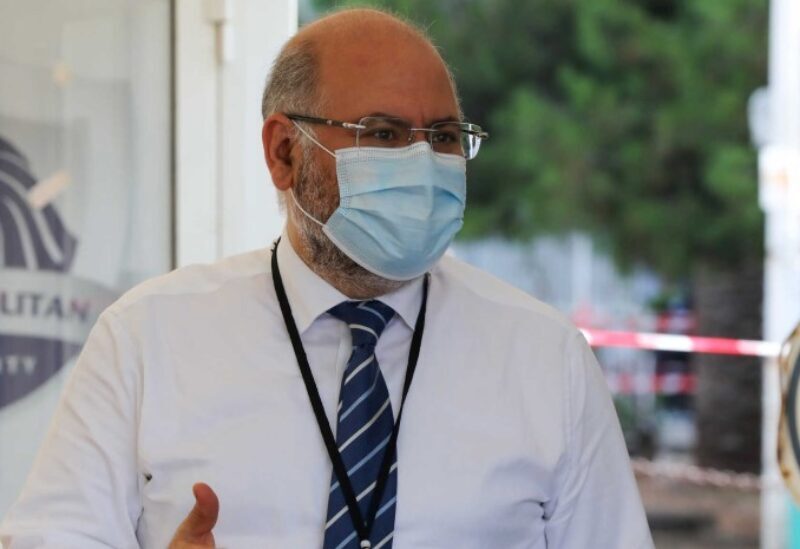 Caretaker Health Minister Firass Abiad concluded his Sunday tour in the Governorate of Akar with a press conference this afternoon, in which he said: “Today we are at the conclusion of a tour in Akkar that started in the morning from the waste water station in Tripoli, then the North Lebanon Water Corporation station, followed by the field visits to the camps of the displaced, and then to Halba Governmental Hospital, and finally to the Akkar Governorate Serail.”

He added: “The aim of the visit is to first of all monitor the situation on the ground, and we have seen a decline in the level of basic services, whether for the Lebanese people or for the displaced, that reached the level of exposure to epidemics that have not entered Lebanon for a long time.”

“This frightening decline exposes us to other matters, not only epidemics. It may affect public health or other matters related to the citizen or the displaced,” cautioned Abiad.

He continued to indicate that officials from the Ministry of Public Health and the Parliament accompanied him on his Akar tour visit, including MP Bilal Abdallah and fellow parliamentarians, colleagues and international partners, as they all had a closer look at the new reality and detected a decline in the level of services provided by Lebanon’s international partners under many excuses, as he explained.

Abiad said: “Of course, we will not accept these excuses, because we consider that addressing displacement in Lebanon is not only Lebanon’s responsibility, but primarily the responsibility of the international community towards this 11-year crisis.”
The Minister continued to point out that “the preparedness at the level of the health system is good, but we consider that the problem is not here. It begins with providing safe water to citizens or displaced people, in addition to effective sanitation to get rid of any germs present in waste water.”

He added that “the end of the tour was at the governorate’s center, where there is a very significant role that must be played by municipalities, NGOs and everyone, because in this effort all must be involved, to cooperate to put an end to this epidemic and to prevent any exacerbation.”

“I thank all those who participated in this visit and those who welcomed us, because we felt the utmost cooperation and response from everyone, and this gives us hope that we will be able to stop this epidemic at its start,” Abiad concluded reassuringly, stressing that in the field of epidemics, beginnings are very important to determine the course of the epidemic and prevent its widespread.