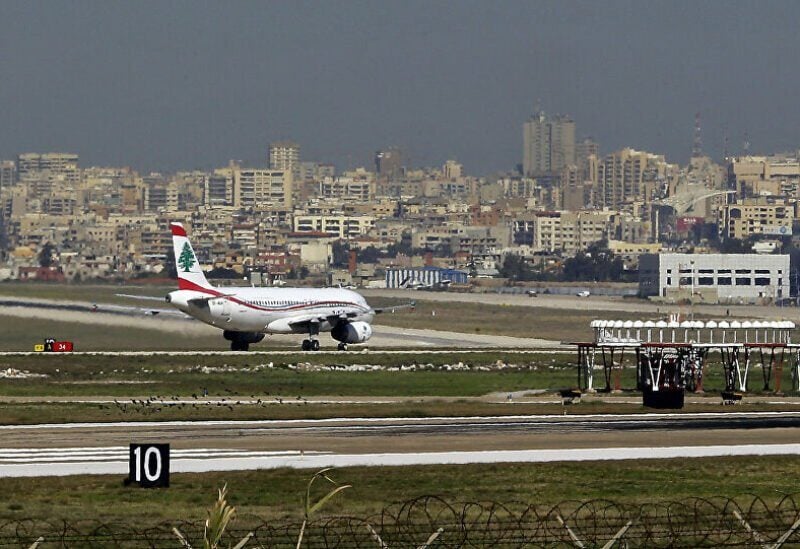 The “Times of Israel” newspaper quoted Israeli security and military sources as warning that the Iranian Miraj Airlines, linked to the Revolutionary Guards, would operate flights to Rafic Hariri Airport in Beirut, after its missions through Damascus International Airport were disrupted.

The newspaper indicated that Tel Aviv had warned that it might carry out strikes on Rafik Hariri Airport in Beirut to thwart arms smuggling.

Al-Hadath website quoted informed sources as confirming that the Iranian Miraj Airlines flights linked to Lebanon may transport sensitive weapons and equipment to Hezbollah, noting that the exploitation of Rafic Hariri Airport in Beirut to transport Iranian weapons to Lebanon will harm the Lebanese economy.

The sources also indicated that the first flight of the Iranian Miraj Company to Beirut Airport was on November 14.

It pointed out that Israel fears Beirut airport joining the arms smuggling route from Iran to Lebanon.

The sources said that the flights of the Iranian Miraj company land on a weekly basis at Damascus International Airport.

Israel had accused Hezbollah of transporting weapons from Iran to Lebanon via “civilian flights” that landed at Damascus International Airport.

For his part, the Director General of Civil Aviation, Fadi Al-Hassan, explained that “the Iranian Miraj Company is a regular company, which started operating flights to and from Rafic Hariri International Airport, the first of which was on November 14, and it operates one flight per week from the city of Mashhad in Iran to Beirut and then take off from Beirut back to Tehran.

He said in a statement: “At Rafic Hariri International Airport, Iran Air and Mahan Air have been operating flights to Lebanon and many Arab Gulf countries for years, in addition to many European airports, and when it is said that an airline has sanctions, it is necessary to separate these sanctions from the issue of civil aviation.”

Hasan pointed out that “civil aviation in the world operates according to agreements established by the Civil Aviation Organization (ICAO), but there are Iranian companies that have been subjected to sanctions regarding operating flights to the Gulf, Turkey and European countries.”