Al-Rahi: Neutrality is the core essence of an independent Lebanese entity 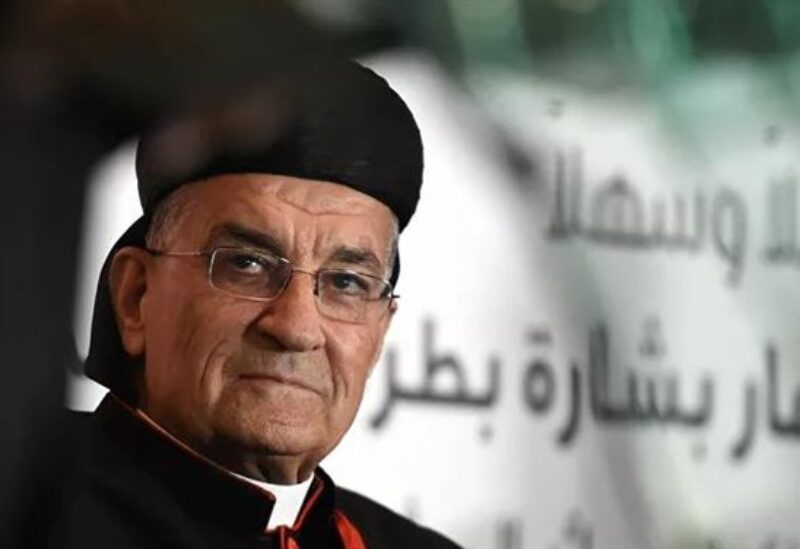 Maronite Patriarch, Cardinal Bechara Boutros al-Rahi, addressed the popular crowds that flocked to Bkirki this afternoon to show solidarity with the positions of the Patriarch, emphasizing that “‘the essence of the independent Lebanese entity is neutrality”.

In his delivered speech, al-Rahi said: “Long live a united, neutral, active, positive, sovereign, independent, and loving Lebanon…You came from all across Lebanon despite the dangers of Corona to support two things: the proposal of neutrality and the launch of an international conference for Lebanon under the patronage of the United Nations. You came to demand the rescue of Lebanon, and together we shall save Lebanon!”.

The Patriarch also hailed all Lebanese watching through TV channels, and gave a special salute to the Muslim clerics who were present in Bkirki today.

“The state’s veering away from the policy of neutrality is the reason for our current sufferings, and experience has proven that whenever some align themselves with a regional axis, wars break out and the state is divided”, he underscored.

“We are with you in the call for an international conference, for all other solutions have reached a dead end, and we have not been able to agree together on the fate of our country,” he went on.

“The concerned politicians did not have the courage to sit at the same table to solve the nation’s affairs, and have let the state collapse and the people to go hungry and be devastated, and this we will not accept in any way”, emphasized the Patriarch.

He added, “Lebanon was established to be a bridge of communication between East and West, and choosing neutrality is to preserve the state of Lebanon in its current existence, its cultural and religious pluralism, its openness to all countries and its non-alignment”.

Rahi reminded that “neutrality” was mentioned when the state of Lebanon was established, and in the addresses of the presidents of the republic and the government of independence, far-reaching the Baabda declaration.

“We called for an international conference because all our proposals have been refused, so that the state would fall and power would be seized…We are facing a coup situation in every sense of the word against the Lebanese society and everything that our country represents in terms of civilization in this East; first and foremost being a coup against the Taif Accord,” the Patriarch asserted.

“We want the international conference to consecrate the Lebanese entity that is seriously at risk, to set its international borders, and to support Lebanon’s democratic system and neutrality declaration, so that it will no longer be a victim of conflicts, and no longer a land of wars and divisions,” al-Rahi underlined.

He continued to emphasize that the call for the international conference is aimed at taking all measures to implement the international decisions concerning Lebanon that have not been implemented or that were partially implemented, in order to establish its independence and sovereignty so that the state can extend its authority over all Lebanese territories, without any partnership or competition.

He continued to stress on the right of the Lebanese to live a decent life in their homeland, saying: “We were born to live in the meadows of permanent peace, not in the arenas of permanent war, and man’s destiny is to create friends, not enemies!”.

“What we are proposing today is to renew our free, sovereign, independent and stable existence, and the revival of the scattered, idle and seized state…We have liberated the land, let us free it from all that hinders its authority and performance,” the Patriarch affirmed.