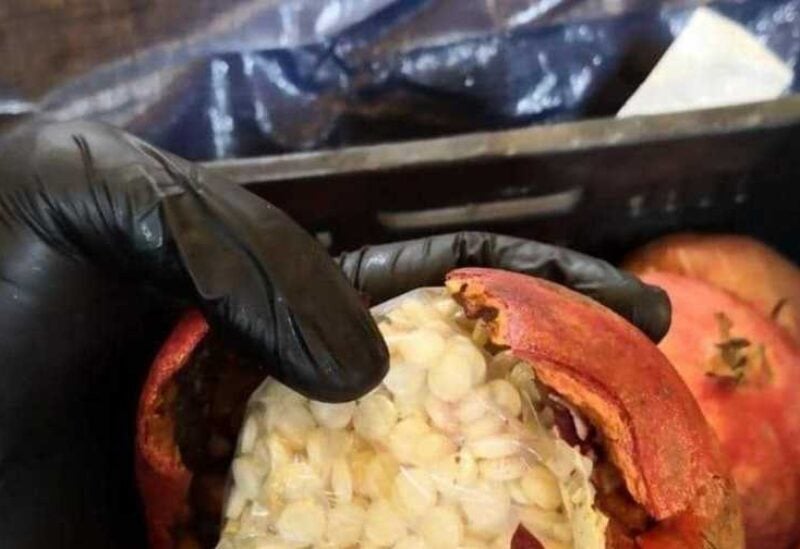 The Anti-Narcotics Division at Customs arrested two people from the Suleiman family in connection with the shipment of pomegranates to Saudi Arabia, which contained Captagon pills, LBCI learned.

The drug office of the security forces was assigned to the case under the supervision of the Prosecutor General of Cassation, Judge Ghassan Oweidat.

The information mentioned that a small percentage of the pomegranates that were in the shipment were filled with drugs and that each pomegranate contained about 2000 pills, given that the weight of the grain of this type of imported pomegranate is about 700 grams.