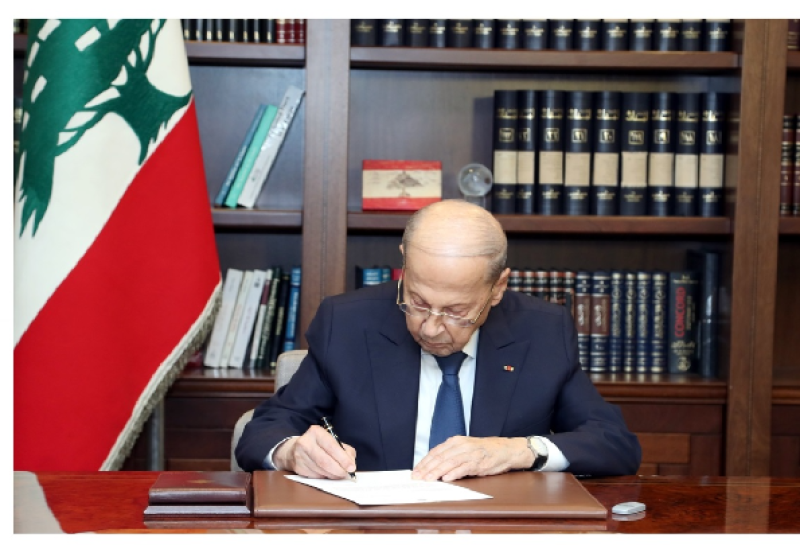 President of the Republic, General Michel Aoun, on Thursday signed a letter bearing Lebanon’s approval of the content of the US letter on the results of the indirect negotiations to demarcate Lebanon’s southern maritime border.

President Aoun said, “Concluding the southern maritime border demarcation file is a technical work that does not have any political dimensions or effects that contradict Lebanon’s foreign policy in its relations with countries.’’