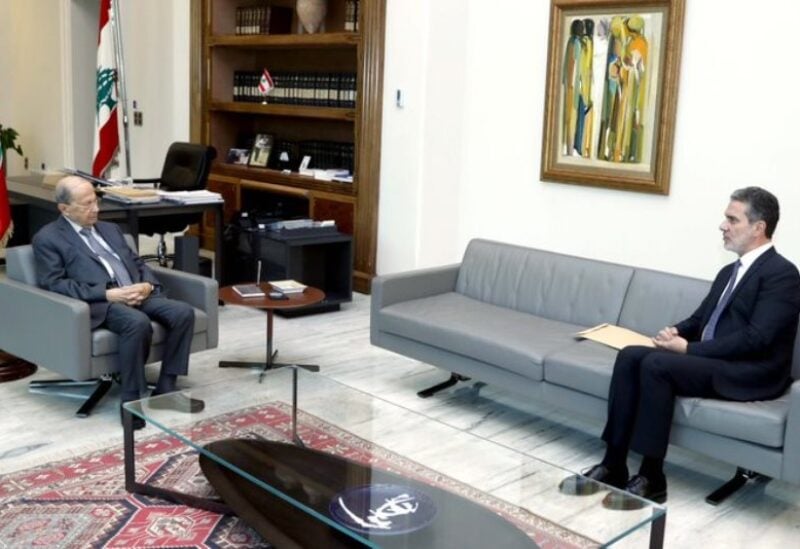 President of the Republic, General Michel Aoun, chairs a cabinet session devoted to discuss ministers’ visions related to their ministries and work plans.

The cabinet session will be preceded by a Supreme Defense Council session.

Minister Nassar briefed President Aoun on the broad headings of his ministerial work plan, and the programs he proposes to activate the ministry , despite current difficult circumstances.

Minister Nassar also discussed the turnout that the Lebanon pavilion is receiving at the Expo 2020 exhibition in Dubai, in addition to activities expected over a period of 6 months of show duration.

The needs of Akkar region, the status of Nahr Al-Bared Electricity Company, and the issue of continued closure on Lebanese-Syrian borders at Al-Aboudiya and Al-Arida crossings, were tackled in the meeting.

MP Hussein stated that the opening of these two crossings enhances movement in Akkar, from various economic and social aspects.

The President sent a cable to the Sultan of Oman, Haitham Bin Tariq Al Said, condoling the victims of the hurricane which struck Oman last week, inflicting dozens of casualties and injuries, in addition to severe damage on buildings and infrastructure.

The President offered condolences on his behalf and on behalf of all the Lebanese people, and emphasized Lebanon’s support for the Sultanate in this ordeal, expressing Lebanon’s appreciation for the support it receives from the Sultanate of Oman in Arab and regional forums. President Aoun also expressed appreciation for the assistance Oman provided to Lebanon, during the difficult harsh conditions it passes through. 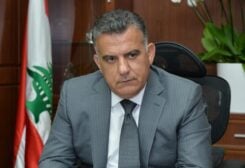 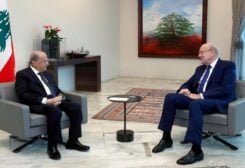 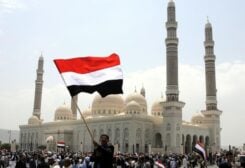