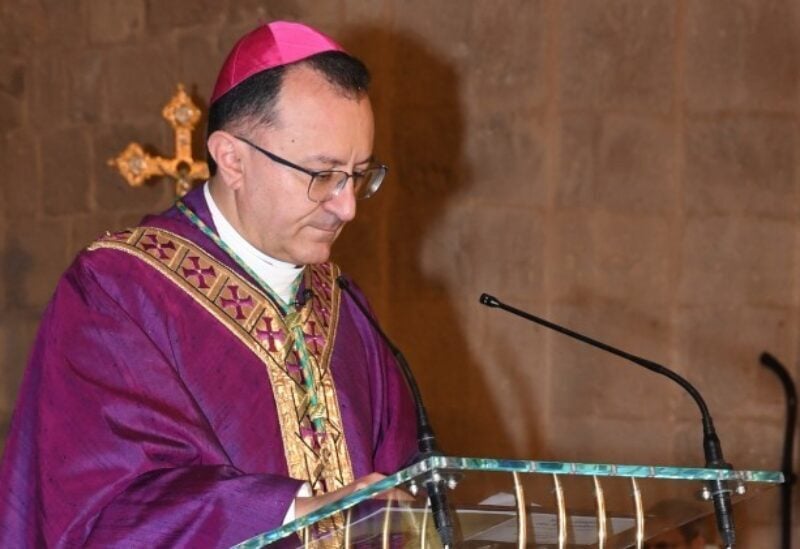 Joseph Spiteri, Apostolic Nuncio to Lebanon, said on Friday that Pope Francis is willing to visit Lebanon following his historic trip to Iraq, calling for the formation of a new government in light of the dire economic situation in the country.

“No specific date has been set yet for the [Pope’s] visit. I think you heard the words of Pope Francis; he is convinced and wants to come. We need to be prepared,” Spiteri said during his meeting with Lebanese President Michel Aoun at the Baabda Palace.

“The Holy See is currently interested in [efforts aimed at] reaching a solution in order to form a government and make reforms, without overlooking the fight against corruption that Pope Francis has always mentioned. Even the President of the Republic is convinced of the need to follow this course so as to fight corruption.”

Spiteri told reporters following the meeting that he highlighted the importance of dialogue during talks with President Aoun, saying “Pope Francis always emphasizes […] the need to hold dialogue which shall constitute a basis for all of our activities, not only between various religions and their leaders but also within members of the same family and among politicians.”

Asked about whether the Vatican could take an initiative to resolve Lebanon’s crisis, Spiteri replied: “there are a lot of initiatives thus far. We support them all and we seek dialogue with everyone and with all key officials. But we cannot talk about an initiative, in the sense of the initiative, taken by the Holy See in this regard.”

Rounding up his historic trip in Iraq, Pope Francis had announced that his next trip to the Middle East will be to Lebanon.

“Lebanon is a message. Lebanon is in pain,” Francis said. “Lebanon represents more than balance… Lebanon has some weakness resulting from diversity, some of this diversity that has not been reconciled, however, it has the strength of its reconciled people like the power of the Cedar.”

He added that Maronite Patriarch Mar Bechara Boutros al-Rahi had asked him to stop by Beirut, but he declined, adding that it seemed “too little” for him to make a stop in Lebanon.

“It seemed to me to be too little, like crumbs, for a country that is suffering like Lebanon,” he said about only stopping by, wanting, instead, to dedicate a visit to the crisis-stricken country.