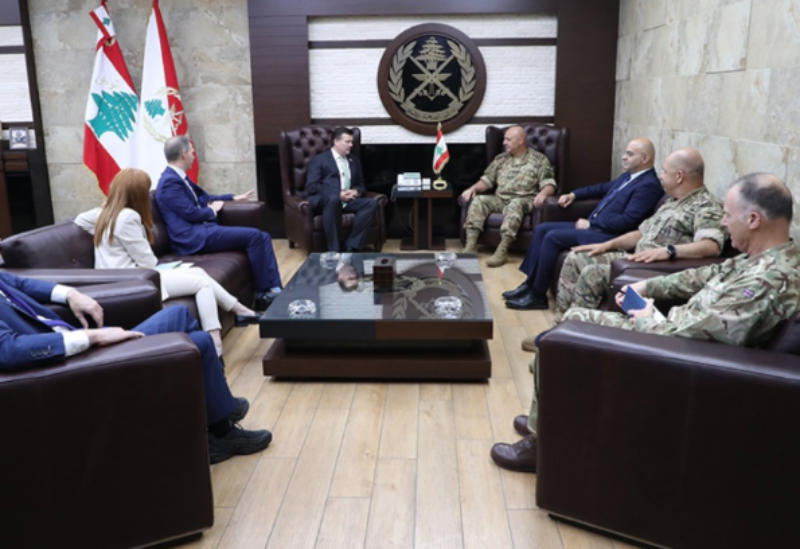 Discussions reportedly touched on means of cooperation between the armies of the two countries.

On the other hand, the army chief received a delegation from the Bekaa Industrialists’ Assembly, headed by Nicolas Abou Faysal, and they discussed means of bilateral cooperation.