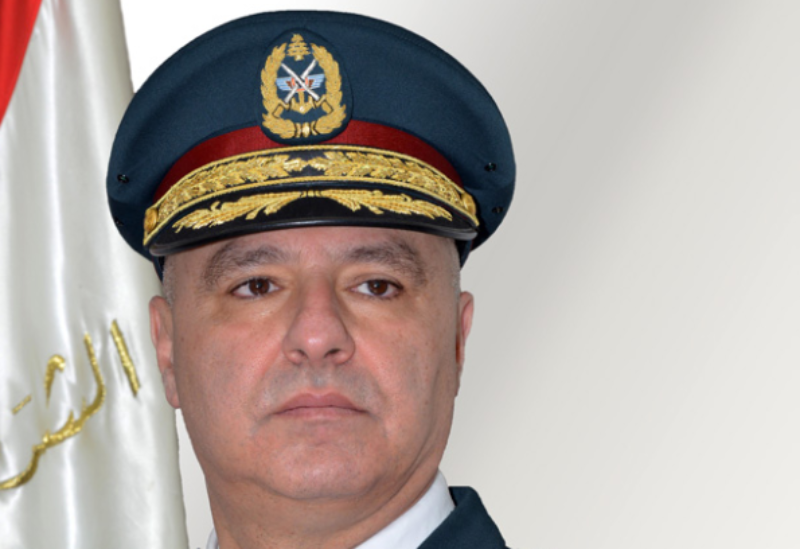 General Joseph Aoun, the commander of the Lebanese Army, met with MP Ahmad Kheir on Wednesday at his Yarze office to discuss the general state of affairs in the region.

He later received Defense Attaché at the Spanish Embassy in Beirut, COL. Jose Antonio Fernandez Alfaro, who came on a farewell visit upon the end of his mission in Lebanon.